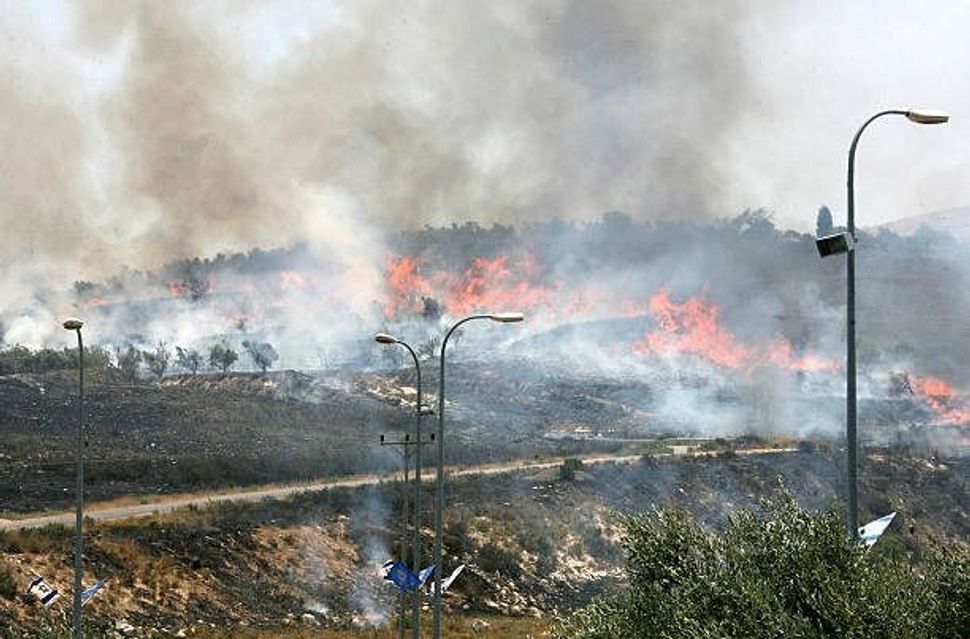 JERUSALEM (JTA) — Palestinians in Gaza flew a kite over the border carrying a fire bomb, which started a fire where it touched down.

The Molotov cocktail-laden kite bearing the colors of the Palestinian flag that landed near a southern Israeli kibbutz on Sunday is not the first effort by Gazan Palestinians to start fires on agricultural land with the fire bombs, Haaretz reported. At least three actually have started fires; one reportedly fell in Gazan territory.

The Gaza-border area Eshkol Regional Council on Sunday released a statement asking residents to be vigilant. “In the last 24 hours, there have been several cases of kites flying with Molotov cocktails from the strip to our territory. In all cases, the bottles fell close to the border and caused fires, without casualties… The public is asked to be alert and to report on any unusual incident of fires in the area.”