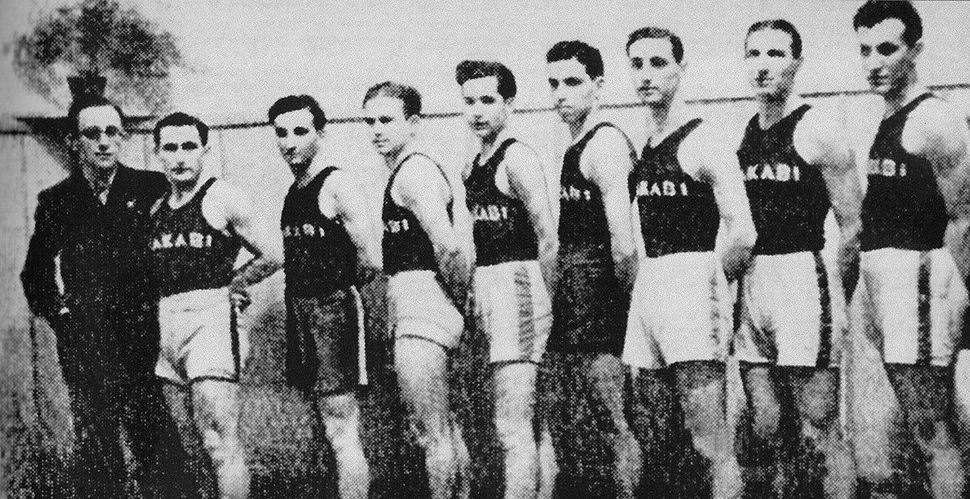 BUENOS AIRES, Argentina (JTA) — Two Jewish sport clubs in Argentina honored their counterparts in Vienna and Warsaw, that were shuttered by the Nazis during the Holocaust.

The Buenos Aires-based Hacoaj and Macabi sports clubs, as part of Holocaust Remembrance Day activities, wore authentic uniforms of the Hakoah Vienna and Makabi Warszaw teams during a match on Sunday.

Both institutions made their tributes to the European Zionist sports clubs that suffered during the Holocaust during Sunday’s events, recreating the atmosphere of the WWII era, and imagining an encounter between the two clubs. “The match that didn’t happen: A tribute to the Jewish sport before the Shoah” was the title of the soccer event.

In 1909 followers of Zionist Max Nordau founded Austria´s first Jewish sport club, Hakoah Vienna.  On a tour in 1921, Hakoah became the first continental club to defeat an English team on their home pitch, when they thrashed current Premier League team West Ham, 5-1. The team also won the Austria championship in 1925 and then visited the U.S. in 1926.

The iconic European Jewish club was formally shut down by the Nazis in 1938. With more than 5,000 members, the club was especially successful in swimming and soccer. It was reopened in 2008.

Makabi Warszaw was founded in 1915 and had 3,000 members that practiced sports such as basketball, soccer, wrestling, fencing, tennis and rowing.

The Jewish Argentinean sport organization, Macabi, produced a replica of the same uniform worn during soccer matches during the Holocaust.

The replica T-shirts are included in the current exhibition at one of the Argentina main soccer clubs.