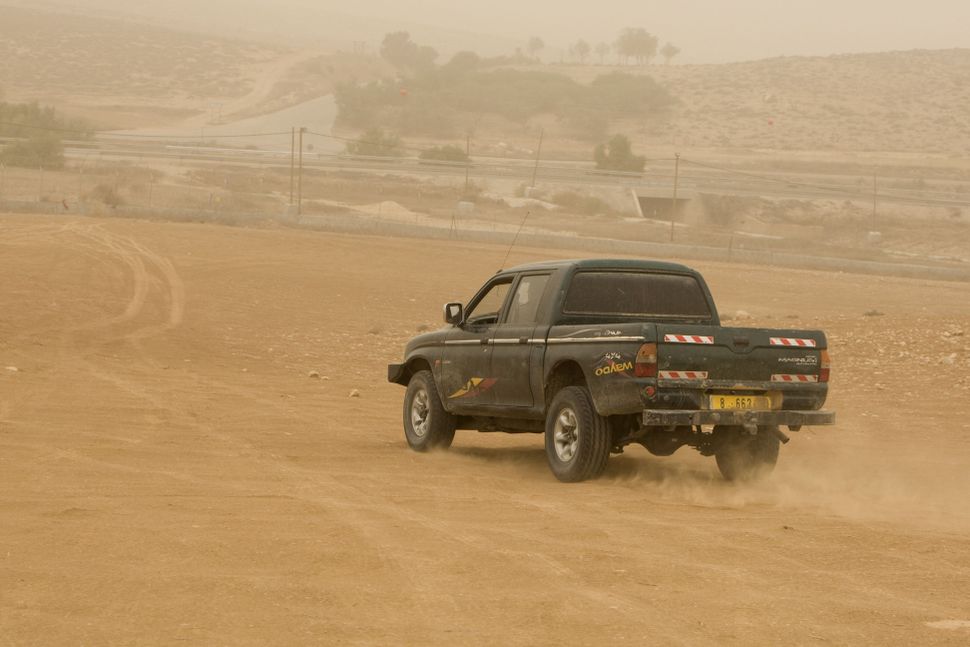 The pickup truck belonging to a Palestinian man drives amidst a sand storm as he transports Palestinian men who are illegally entering Israel for work, December 11, 2010. Image by AHMAD GHARABLI/AFP/Getty Images

JERUSALEM (JTA) — A Palestinian man was arrested trying to enter Israel through a West Bank checkpoint with a truck carrying “powerful” explosives.

On Wednesday, security guards found the explosives embedded in the truck’s air conditioning system during a routine check of its roof. The vehicle, which was attempting to enter Israel at a northern border crossing, was carrying products marked as “intended for border communities” and agricultural goods for rural communities in central Israel, Haaretz reported.

Defense Minister Avigdor Liberman said Israel’s military would “hunt the bastards who planned this attack during our holiday. They will not sleep until we find them.”