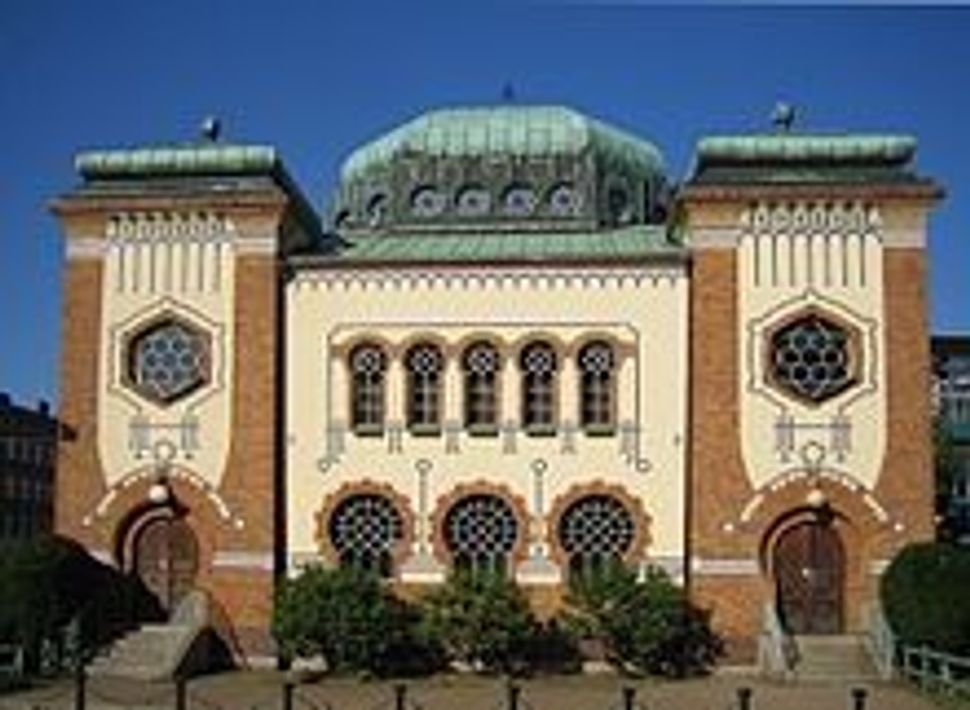 (JTA) —  A rabbi living in the southern Swedish city of Malmo said that two teenagers who last year came to the local synagogue to threaten Jews apologized for their actions.

Moshe David HaCohen revealed the incident to the media for the first time in an interview aired Wednesday by Sveriges Radio.

The high school students, whose identity was not disclosed in the report, waited outside the synagogue in December to confront Jews, HaCohen said. They threatened to “throw bombs” on them, then fled.

The Jewish community contacted nearby high schools, leading to the identification of the teens. The principal suggested that the teens apologize, and they came to the synagogue the following week to say they are sorry, the report said. It also said police were aware of the teens’ actions but they had not been punished.

Police have referred the case to social services, according to the report, which did not name the school.

“It’s part of a bigger picture where the Jewish minority feels threatened, it’s a product of anti-Semitic rhetoric,” HaCohen told the radio station about the incident.

Following the U.S. recognition of Jerusalem as Israel’s capital on Dec. 6, more than a dozen men hurled firebombs at a synagogue in Gothenburg, near Malmo. In Malmo, participants of a protest rally against Israel chanted in Arabic about shooting Jews following the recognition.

“We have announced the intifada from Malmö. We want our freedom back, and we will shoot the Jews,” some in the rally of 200 demonstrators shouted, according to Sveriges Radio. Intifada is the Arabic-language word for a violent uprising.

Malmo has an outsize anti-Semitism problem relative to the rest of Sweden, which has a Jewish population of some 20,000. The city’s synagogue has come under repeated attacks.

First- and second-generation immigrants from the Middle East make up one-third of Malmo’s population of approximately 300,000.