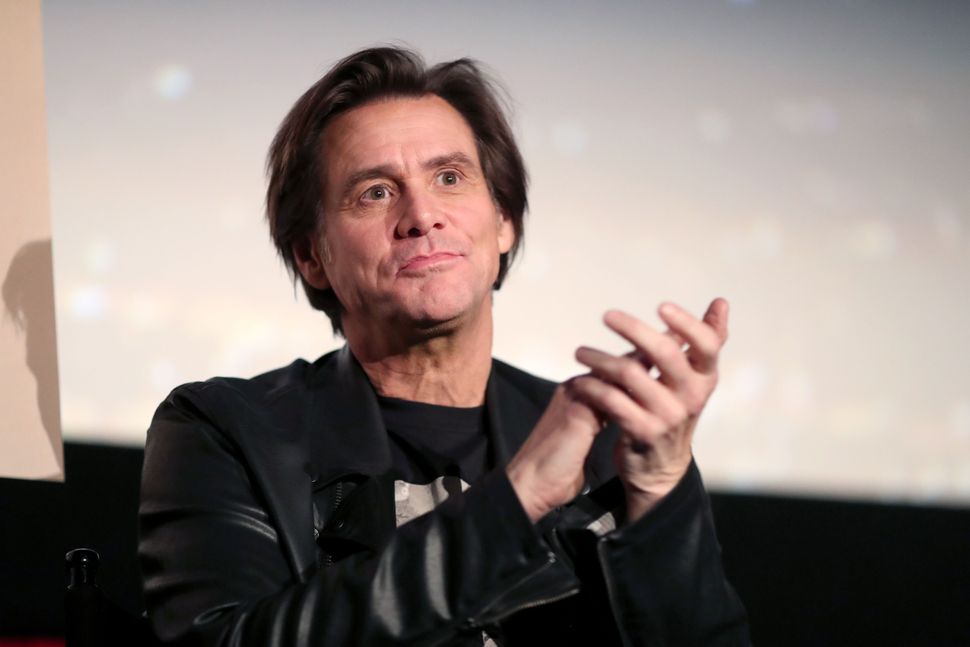 The pen is mightier than the sword but the paintbrush of Jim Carrey ain’t half bad. The comedian, adding to a growing series of political artwork he has been posting on Twitter, has produced two artistic renderings of President Trump’s lawyer, the unctuous Michael Cohen.

In the above image, posted by Carrey on Thursday, Cohen is surrounded by text made up of his own quote from 2015 — a threat he reportedly said to a writer for the Daily Beast. At the time, Cohen was responding to resurfaced claims by Trump’s first wife, Ivana Trump, who had described a sexual encounter with her former husband as “rape” in her 1993 book, “Lost Tycoon, The Many Lives of Donald J. Trump.” Trump had denied the reports and Cohen had claimed that Trump meant that she “felt raped emotionally” by her husband. Cohen then claimed that husbands can’t rape wives. According to Business Insider, when the Daily Beast sought to report on this story, Cohen told the reporter:

I will make sure that you and I meet one day while we’re in the courthouse. And I will take you for every penny you still don’t have. And I will come after your Daily Beast and everybody else that you possibly know. So I’m warning you, tread very f*****g lightly, because what I’m going to do to you is going to be f*****g disgusting. You understand me?

Excerpts from that quote are the words Carrey used in his Cohen painting. At the time, Cohen also said:

You write a story that has Mr. Trump’s name in it, with the word rape, and I’m going to mess your life up…for as long as you’re on this frickin’ planet … you’re going to have judgments against you, so much money, you’ll never know how to get out from underneath it.

Is there a short bus to take “all the best people” to prison? ;^P pic.twitter.com/ooHaGvZqFZ