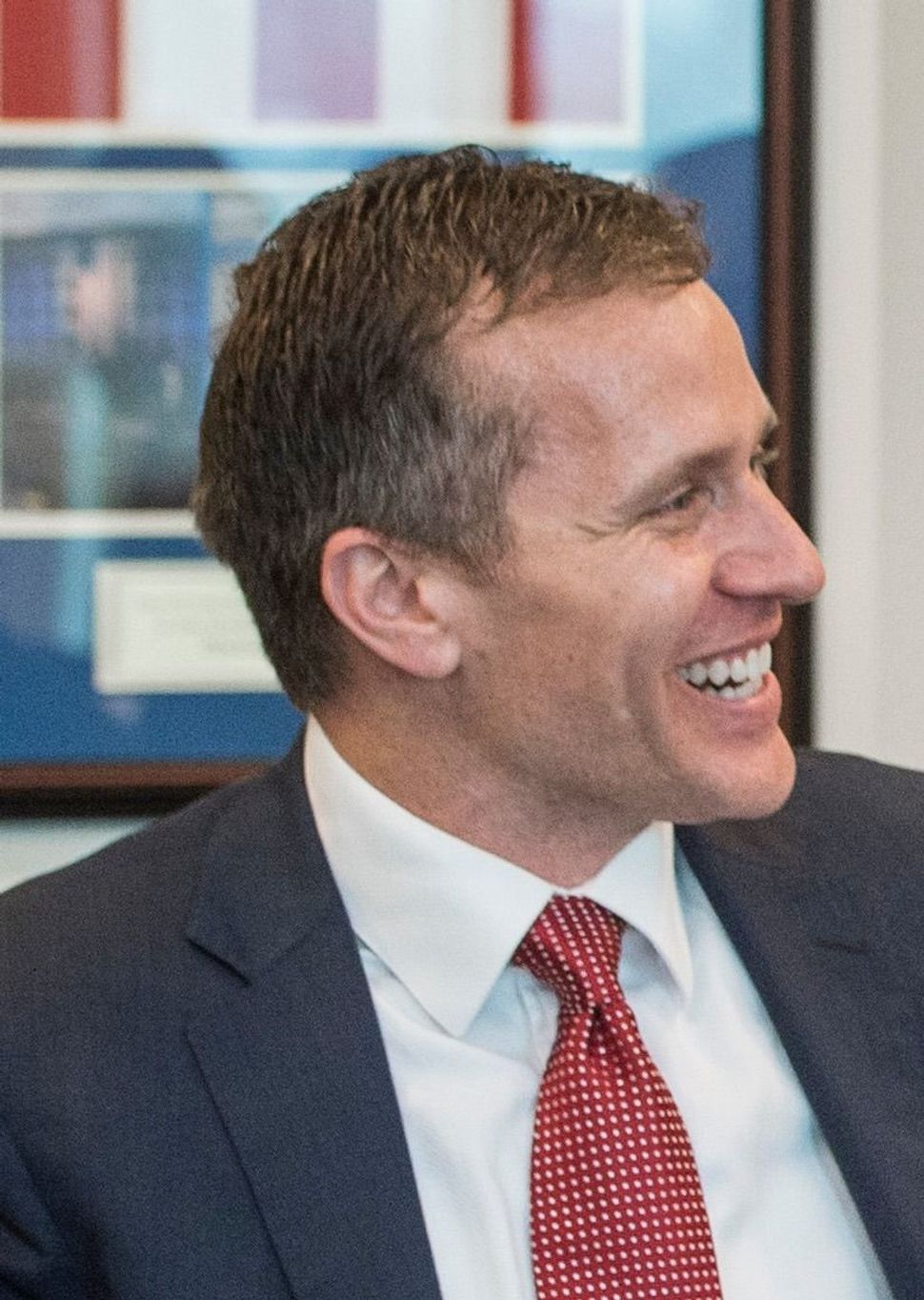 Missouri Republicans are worried that a recent sex scandal involving Gov. Eric Greitens will drag their party down. But he has no plans to step down — despite reports of allegedly tying up a woman who he was having an affair with and taking nude photos of her without consent.

Greitens admits to the affair, but denies the rest, Talking Points Memo reported.

State Republicans are worried that the longer Greitens spends defending himself over Twitter and with his lawyers, the more it will divide their party and dishearten Republican voters, ruining the party’s chances in the November midterms.

In the midst of the scandal, Greitens’ approval ratings have gone drastically down, especially among women. More than half of female poll respondents said the Republican governor should resign.

“What I know from the data is that this information flow is awful for Republicans,” Missouri GOP strategist James Harris told TPM. “They’re not talking about efforts to lower taxes in the state, trying to improve education. Instead everything that’s on TV is about deviant sexual activity, assault, coerced sexual acts. It’s not good.”

The impact could also reach beyond Greitens, to hurt other Missouri Republicans in office. In February, Democrats won a state assembly race in a typically red district, leading some state Republicans to blame Greitens.

Some feel that if action is taken soon, the damage could be undone. “If the governor is removed quickly, the impact will be less noticeable,” Missouri GOP consultant Scott Dieckhaus reportedly said. “If he is allowed to linger in the Governor’s Mansion, I think it will have a catastrophic impact on Republican elections this fall.”