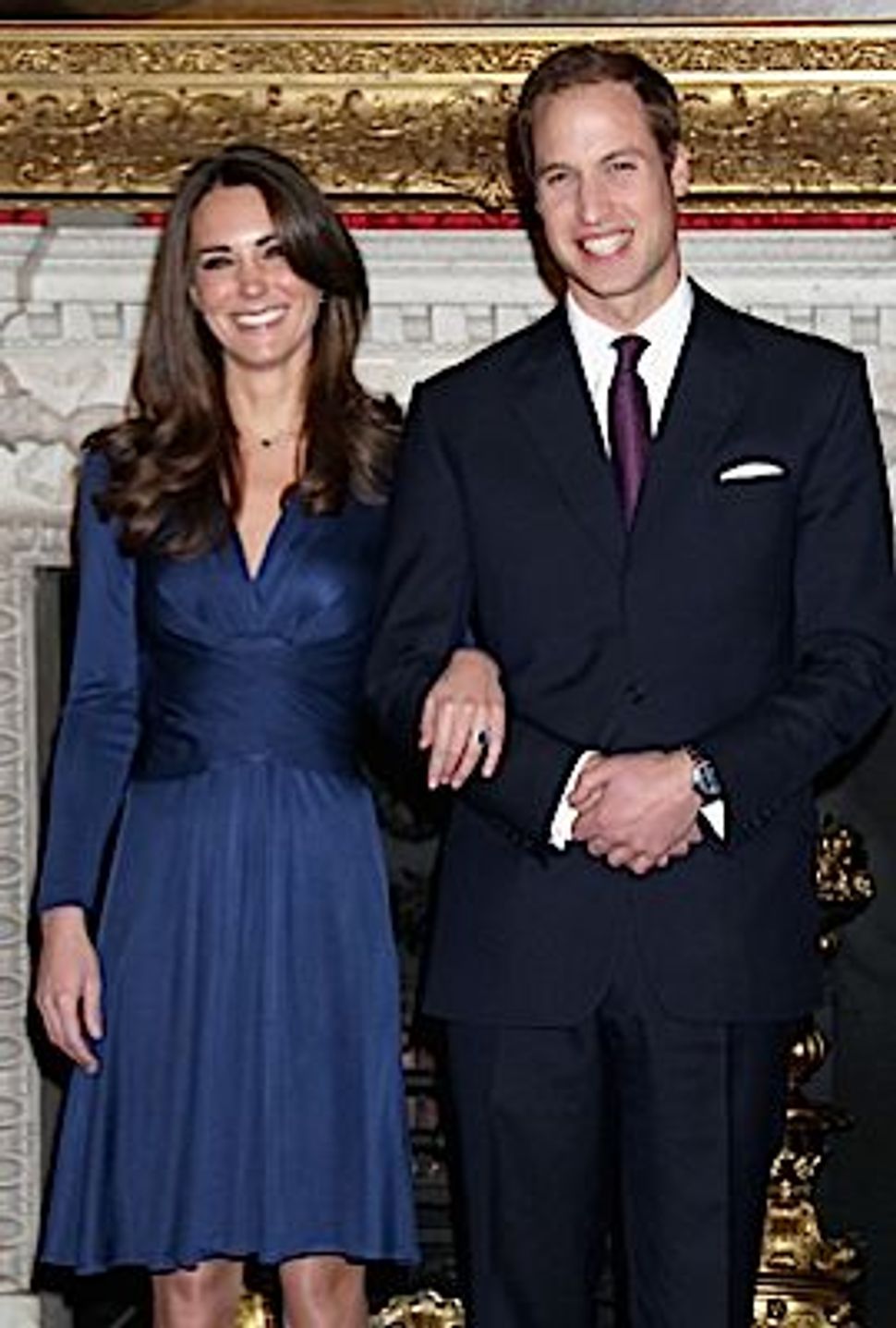 (JTA) — Although the British royal family presumably does not speak a word of Hebrew, there were plenty of mazel tovs to go around after the announcement that the Duke and Duchess of Cambridge, aka Prince William and Kate Middleton, welcomed the arrival of a baby boy.

The baby born Monday is the third child for the royal couple and will be fifth in line for the throne.

“Mazal Tov it’s a boy!” the United Kingdom’s embassy in Israel posted on Twitter in both English and Hebrew, along with the official announcement from the royal family.

Israeli President Reuven Rivlin immediately tweeted his and the country’s good wishes on the #RoyalBaby, leading with “Mazal Tov!”

“Together with Nechama, and all the Israeli people, I send warmest wishes to Her Majesty the Queen, & all the Royal Family. Looking forward to welcoming the Duke to Israel soon,” he wrote.

“Congratulations to the Duke and Duchess of Cambridge and to the entire @RoyalFamily on the birth of a beautiful baby boy! We wish their Royal Highnesses many years of joy from their new son. May he be a source of blessing for our country all the days of his life. Mazaltov!” Mirvis tweeted.

His predecessor as chief rabbi, Jonathan Sacks, also tweeted a “huge” mazel tov on behalf of himself and his wife.

“We hope you get much nachas from him and may he bring you much joy,” he also wrote, using a Hebrew term for pride.

Dozens of royal family watchers had been camped for days outside the private Lindo Wing of St. Mary’s Hospital in central London, where the couple’s two other children were born. They popped open champagne bottles upon hearing the news that George, 4, and Charlotte 2, had a new royal sibling.