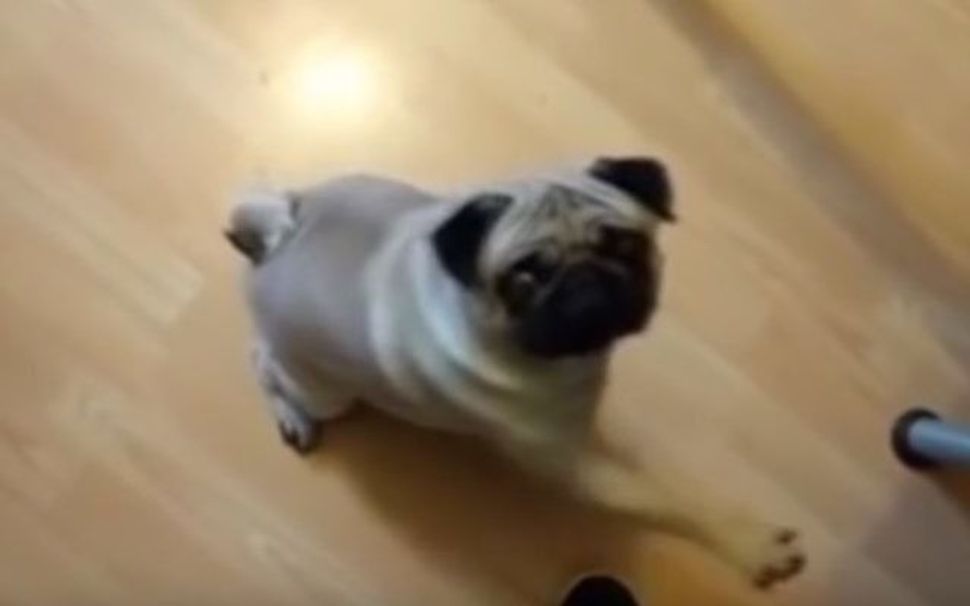 (JTA) — The Scottish man who was found guilty of a hate crime for teaching his girlfriend’s dog to do the Nazi salute was fined 800 pounds, or about $1,100.

Mark Meechan, 30, who was convicted last month, taught the pug, named Buddha, to respond with the Nazi salute when prompted by statements such as “Heil Hitler” and “gas the Jews.” Meechan posted videos of the dog performing the trick on YouTube.

Meecham has said he will appeal his conviction, saying it sets a dangerous legal precedent against freedom of expression.

The original video, posted in April 2016 on his YouTube channel, Count Dankula, was viewed more than 3 million times before it was removed for violating YouTube’s policy on hate speech. Meechan said on the video that he trained the dog to annoy his girlfriend. He later posted a video in which he apologized for the original dog clips, saying it was a joke and that he has no such political leanings.

In the sentencing Monday, Sheriff Derek O’Carroll rejected Meechan’s explanation that the video was made as a private joke and pointed out that he had “not taken any steps to prevent the video being shared publicly.”

“You deliberately chose the Holocaust as the theme of the video,” O’Carroll said.

He added, speaking of the evidence: “I found it proved that the video you posted, using a public communications network, was grossly offensive and contained menacing, anti-Semitic and racist material.”

O’Carroll also said the right to freedom of expression was very important, but “in all modern democratic countries the law necessarily places some limits on that right.”