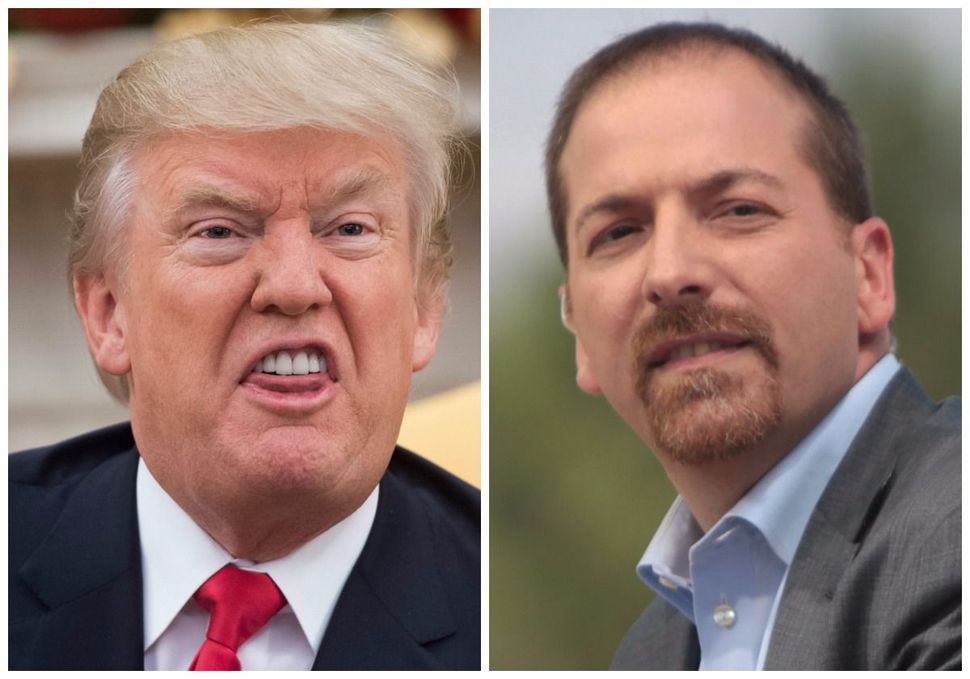 Is “sleepy eyes” Donald Trump’s latest anti-Semitic dog whistle to the white supremacists and neo-Nazis? That’s what the Washington Post is asking in a column after Trump tweeted the insult of Chuck Todd, the host of NBC’s “Meet the Press” program on Monday.

Trump is a famous user of belittling nicknames and monikers for rivals and media figures he criticize him. During the Republican presidential primary, he called Senator Ted Cruz “Lyin Ted” and called Senator Elizabeth Warren “Pocahontas.”

Trump has been calling Todd “sleepy eyes” since 2012, and has used the phrase both in public appearances as well as on Twitter. But on Monday, after Trump used it in criticizing Todd over a broadcast about North Korea some Twitter users pointed out that the nickname may be anti-Semitic.

Sleepy Eyes Chuck Todd of Fake News NBC just stated that we have given up so much in our negotiations with North Korea, and they have given up nothing. Wow, we haven’t given up anything & they have agreed to denuclearization (so great for World), site closure, & no more testing!

The stereotype of Jews having sleepy eyes goes back to Nazi politician Julius Streicher, who used the trait in a children’s book about how to identify Jews. Now, websites that have pages devoted to identifying Jews often mention the trait, along with bushy eyebrows and a hooked nose.

Todd is Jewish, though it’s not clear if Trump is aware of the anti-Semitic history of the phrase.

“I doubt that Trump knows what he’s talking about. [‘Sleepy eyes’] was hardly a major feature of Nazi propaganda. It was not something that every German had to know,” Peter Kenez, a professor emeritus of the University of California-Santa Cruz and Holocaust survivor, told the Post. “I think it is too obscure. Our president has to have it to think up an adjective for everyone that he says something bad about. I suppose nothing else came to him.”