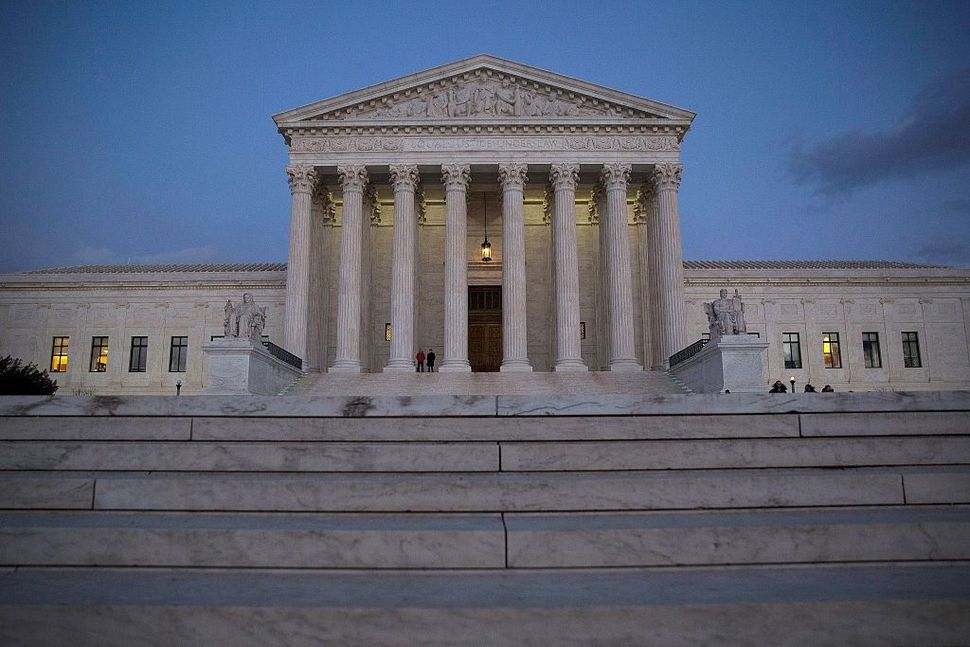 WASHINGTON (JTA) — In a 5-4 ruling, the U.S. Supreme Court rejected a lawsuit by about 6,000 Israelis affected by Palestinian terrorism to get redress from Jordan’s Arab Bank, which allegedly delivered money to the groups that carried out the acts.

Writing for the conservative majority in the decision posted Tuesday, Justice Anthony Kennedy said that U.S. courts were too remote from the actions involved to rule. Kennedy cited the “relatively minor connection between the terrorist attacks at issue in this case and the alleged conduct in the United States.”

The plaintiffs — victims of terrorism and their families — had sued under the Alien Tort Act, which allows foreign nationals to sue one another in a U.S. court if there is some American involvement in the action. In this case, the plaintiffs cited the presence of Arab Bank offices in New York and claimed the bank had facilitated money transfers for the terrorist groups that carried out the attacks.

In recent years, the 1789 act has been used in U.S. courts for victims of human rights abuses to seek redress from their abusers. Justice Sonia Sotomayor in her dissent said the ruling “absolves” corporations for “conscience shocking behavior.”

The case, Jesner v. Arab Bank, consolidates a number of lawsuits, some of which were launched as long ago as 2004. The lead plaintiff was Joseph Jesner, the father of a 19-year-old man murdered in a 2002 Tel Aviv bus bombing.