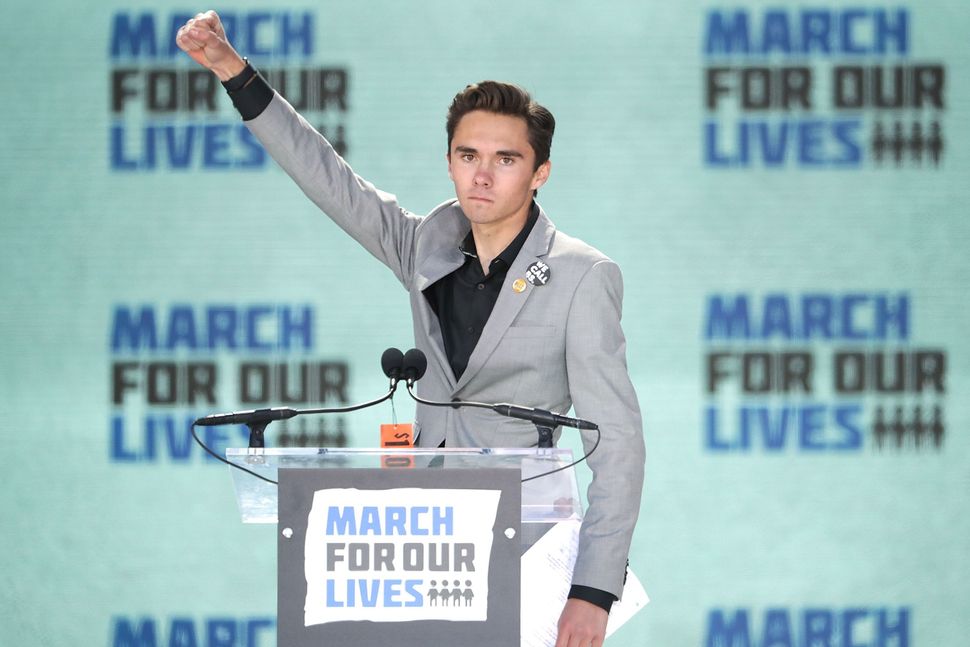 (JTA) — The Zionist Organization of America is urging a survivor of the Parkland school shooting to change the title of his forthcoming book, saying that by using the term “Never Again,” author David Hogg “trivializes the horrors of the Holocaust.”

Hogg, 18, who has emerged as one of the most vocal proponents of gun control in the wake of the deaths of 17 classmates and teachers in February, has a forthcoming book titled “#NeverAgain: A New Generation Draws the Line.”

Morton A. Klein, president of the ZOA, said in a statement Tuesday that Hogg is “co-opting and politicizing” a term closely associated with Holocaust remembrance.

“This inappropriate title displays an unkind and shocking insensitivity to Holocaust survivors, Jews, and all decent, human-rights-loving people around the world,” wrote Klein, who identifies himself as a child of Holocaust survivors in the statement. “Any attempts to compare the genocide of the Holocaust to modern domestic political issues in the US today is shameful and wrong.”

Klein emphasized that ZOA does not take a position on gun laws, and that his statement “should not be construed as in any way lessening our shock, outrage and pain regarding the Parkland school shooting.”

“#NeverAgain” became a Twitter hashtag for the Parkland survivors after one of Hogg’s classmates, Sarah Chadwick, used the phrase in a speech one week after the shooting. “Never again should a child be afraid to go to school,” she said in Tallahassee on Feb. 21. “Never again should students have to protest for their lives. Never again should an innocent life be taken while trying to gain an education.” She did not reference the Holocaust.