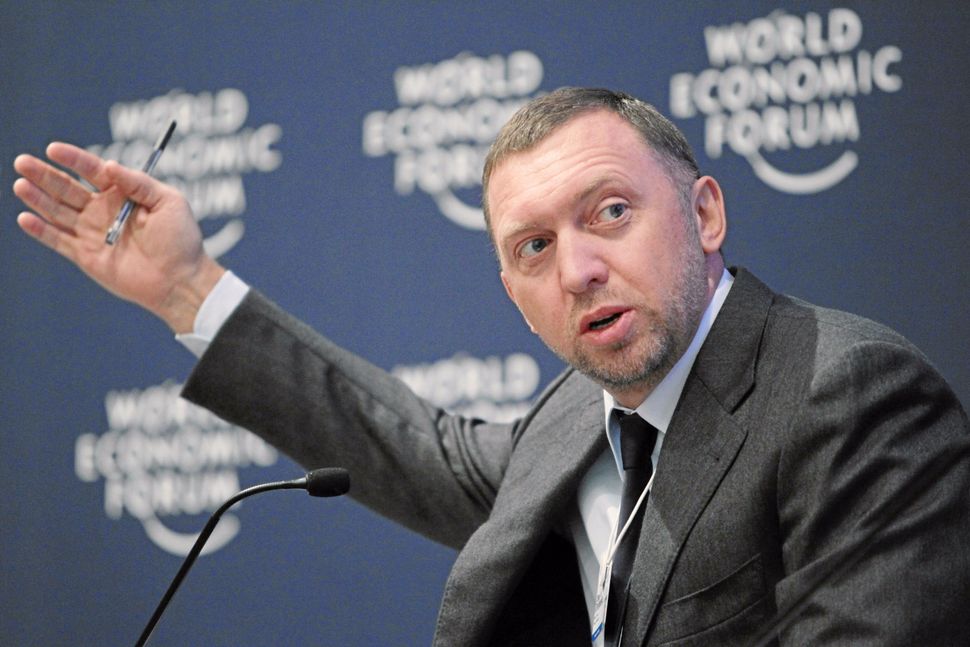 The U.S. Treasury announced Tuesday it was easing sanctions on a major Russian aluminum firm — and said it would do away with the sanctions altogether if the firm cut ties with Russian Jewish oligarch Oleg Deripaska, POLITICO reported.

The firm, Rusal, is the second-largest aluminum producer in the world. Deripaska, 50, is the company’s majority shareholder — and has close ties to Putin. Deripaska has been at the forefront of efforts to brighten Russia’s image in the Western world. This year the AP reported that Paul Manafort began receiving $10 million a year from Deripaska in 2006 to do just that. The Washington Post reported that in July 2016, Manafort emailed an intermediary between him and Deripaska this message: “If he needs private briefings we can accommodate.”

American companies can currently do business with Rusal without being penalized. But the lack penalties is only a grace periods, and companies are expected to find other sources of aluminum before full sanctions go into effect. The Treasury has largely based sanctions on Rusal on its connection to Deripaska, and has accused Deripaska of money laundering, extortion and ordering the killing of a rival businessman.

“RUSAL has felt the impact of U.S. sanctions because of its entanglement with Oleg Deripaska, but the U.S. government is not targeting the hardworking people who depend on RUSAL and its subsidiaries,” Treasury Secretary Steven Mnuchin said in a statement.