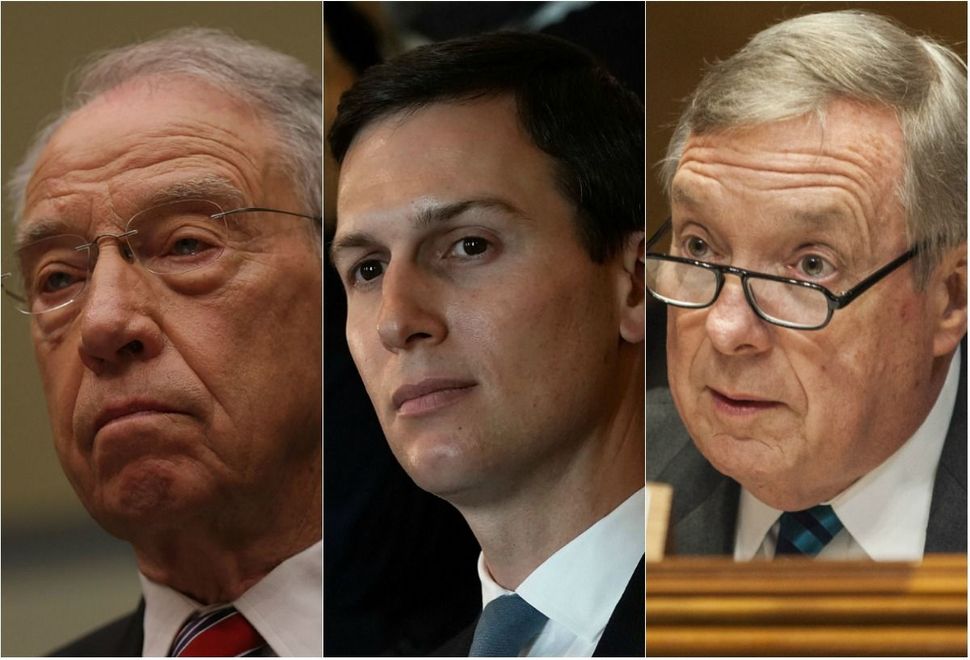 The House GOP prison reform bill backed by Jared Kushner lost ground in the house after the House Judiciary Committee ditched their plans to vote on it Wednesday, POLITICO reported. The vote on the bill, one of the only bipartisan pieces of legislature in the pipeline in Congress, was postponed after two major senators intervened.

Senator Chuck Grassley (R-Iowa) and Senator Dick Durbin (D-Illin.) asked the House Committee to oppose the bill, which did not include an overhaul of sentencing guidelines that staffs of the two senators have been assembling for months. Their opposition came as Kushner came to Capitol Hill to show his and the Administration’s support for the House bill.

“Frankly, I respect the two senators, but they have enough problems in the Senate,” said Rep. Doug Collins, Republican of Georgia, on Wednesday. Collins is the lead author of the House bill. “I wish they would actually focus on passing bills over there. That would be nice.”

The sentencing overhaul is supported by dozens of civil liberties groups, including the ACLU and the NAACP. The bill already contains a provision that would provide education and training programs for prisoners.

“In my view, considering prison reform without consideration of sentencing reform has the process backward, and avoids the difficult but necessary legislating on that critical issue,” said Rep. Jerry Nadler, the House Judiciary Committee’s ranking Democrat.