Why Did Steve Mnuchin Lie About Watching The Eclipse? 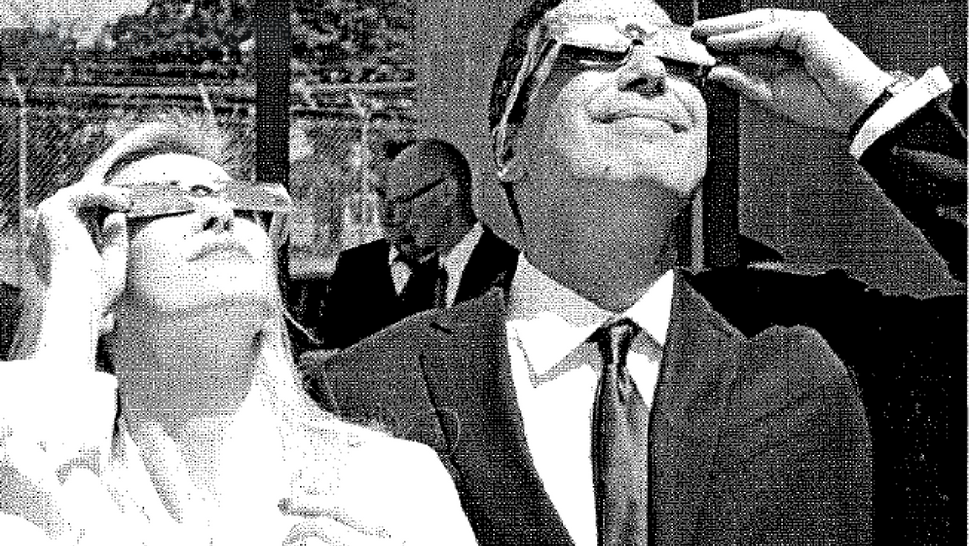 Treasury Secretary Steve Mnuchin and his wife Louise Linton watch the eclipse outside Fort Knox. Image by US Department of the Treasury

Did Steve Mnuchin take an expensive, taxpayer-funded trip to Fort Knox to view the solar eclipse? That seems more likely after documents obtained by Think Progress show Mnuchin and his wife viewing the eclipse — after he said he had no plans to watch it.

At the time, Mnuchin laughed off the notion that he was using Fort Knox’s geographic location — near to the path of totality, where the eclipse would be most pronounced — by pleading to his native city.

“People in Kentucky took this stuff very seriously. Being a New Yorker, I don’t have any interest in watching the eclipse,” Mnuchin told the Washington Post.

But a Freedom of Information Act request surfaced a black-and-white photograph that shows Mnuchin viewing the eclipse outside Fort Knox, aided by special eclipse-viewing glasses. (According to the documents, the U.S. Mint provided the glasses.)

The Fort Knox trip came amid questions over Mnuchin’s use of taxpayer funds to travel. The trip came after the New York Times reported that Mnuchin had used a military aircraft to travel, which cost taxpayers over $800,000. The Kentucky trip cost over $26,000.

Why Did Steve Mnuchin Lie About Watching The Eclipse?