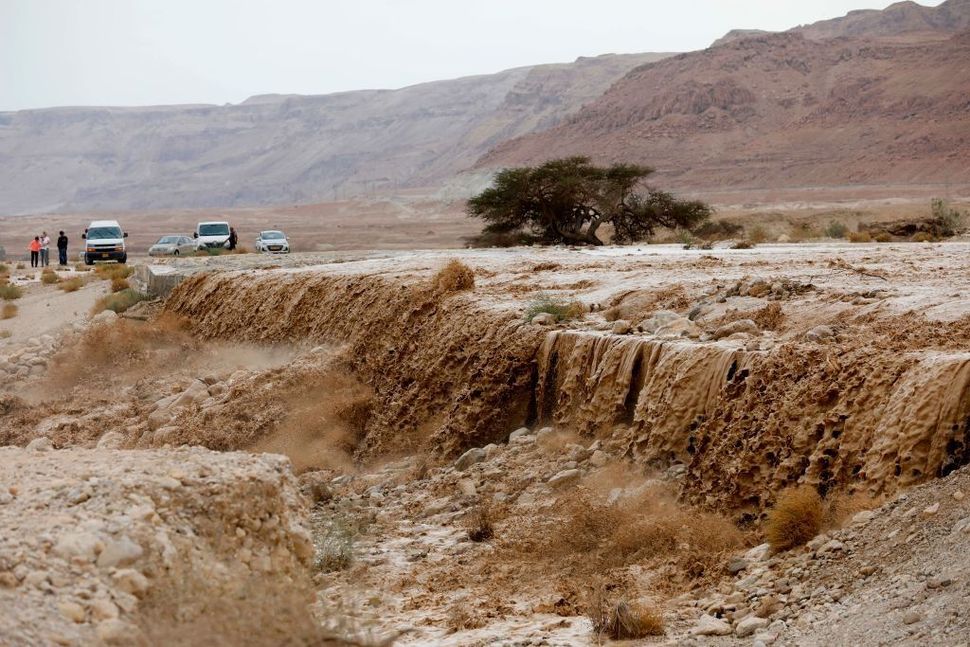 At least 10 youths were reportedly killed when they were swept away by a flash flood in the Negev Desert in southern Israel on Thursday, and seven others were in critical condition, police and emergency services said.

One other student was missing, the Times of Israel reported.

Military helicopters and security forces were searching the Zafit river bed that flows into the rift valley at the southern end of the Dead Sea after a flash flood caught a party of trekkers in the usually bone dry area by surprise.

Many in the party of 25 were swept away, a police spokeswoman said, and an official from Israel’s Magen David Adom ambulance service said at least seven who were located were in critical condition, while others were still unaccounted for.

Israel has had heavy rainfall in the past 24 hours. Normally arid river beds that run from west to east and collect large amounts of water deposit torrents into the Dead Sea and the rift valley region that runs south along the Negev Desert.