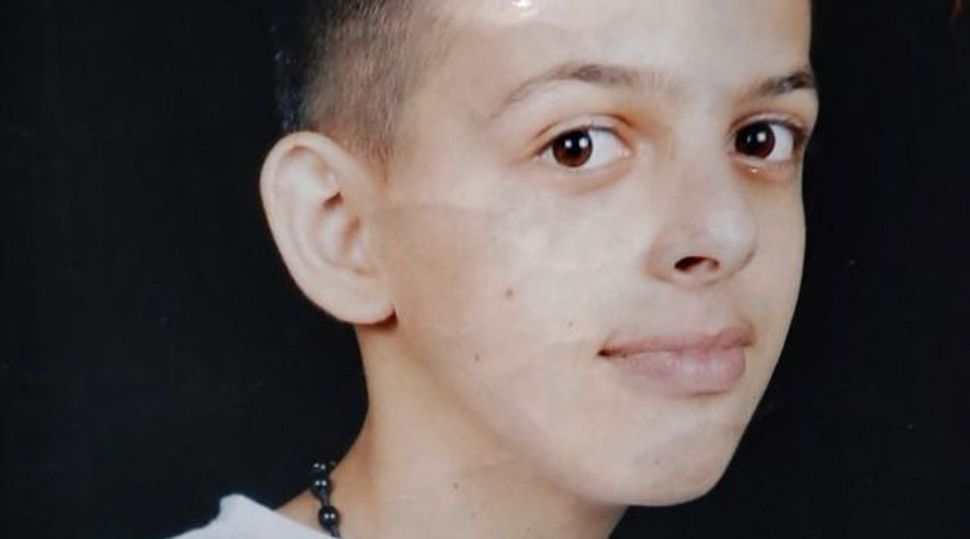 JERUSALEM (JTA) — The family of a Palestinian teen burned to death in a revenge attack by three Jewish extremists is suing his killers in a civil lawsuit.

The parents of Mohammed Abu Khdeir are seeing $1.5 million in damages.

The criminal case against the three Jewish extremists, including two minors, ended earlier this year after all of their appeals were exhausted, clearing the way for the civil lawsuit.

According to the lawsuit filed Tuesday, “There is no doubt there is no adequate compensation for such a needless and outrageous loss of a young man’s life. This was done with the respondents’ malicious intent to harm the deceased. They displayed indifference and cynicism in the face of the most horrible outcome of all — the death of the deceased in suffering and agony. They also did not spare the parents of the deceased, who were left with nothing after the death of their son.”

Abu Khdeir’s charred body was discovered in the Jerusalem Forest hours after the bodies of three kidnapped Jewish teens were discovered near Hebron.

The names of Ben-David’s accomplices, who were both 16 at the time of the killing, have not been released publicly. The accomplices were sentenced in April 2016: one to life in prison, the other to 21 years.

Following their sentencing, the Khdeir family asked Israel’s Supreme Court to order the demolition of the murderers’ homes, as the Israeli army does when a Palestinian terrorist is caught. The court rejected the request, saying too much time had elapsed between the attack and the demolition request.