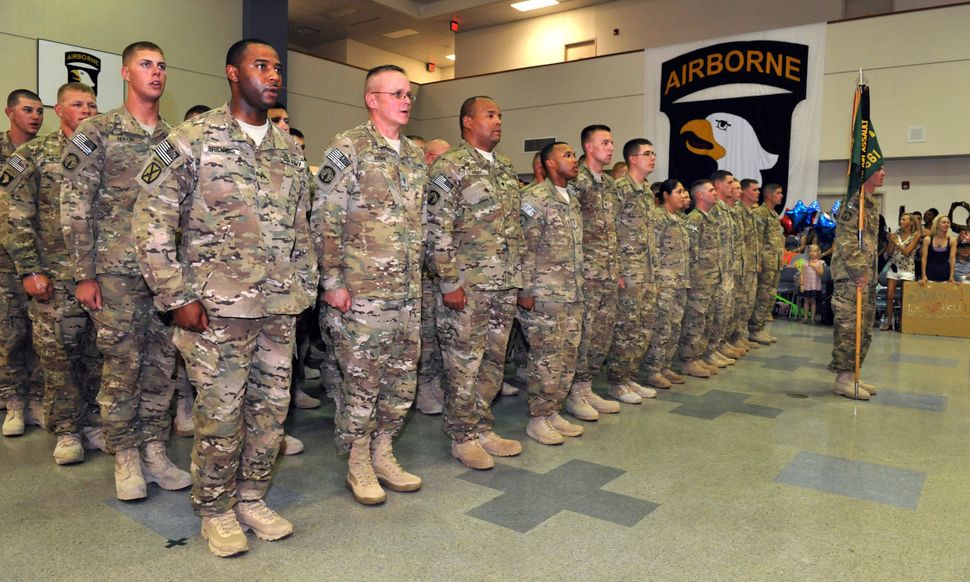 Leaders at an United States Army base in Kentucky are investigating why chaplains fired the longstanding Jewish lay leaders there, Army Times reported Saturday.

Jeanette Mize and her husband Curt have led the Jewish community at Fort Campbell as volunteers since 1999. They were allegedly fired without cause under the orders of the top chaplains of the 101st Airborne Division, which is based there.

“There was no explanation why I was fired,” Jeannette Mize told Army Times.

Mize said that chaplains who delivered the news told her that they appreciated her contributions over the years, but admitted that they had never attended Jewish services despite her invitations. She added that one chaplain told her that it “would compromise his religion to attend.”

The top chaplains at the base allegedly refused to allow a Seder on the first night of Passover, March 30, because it was also Good Friday.

Mize is being represented by Mikey Weinstein of the Military Religious Freedom Foundation, who has spoken with the division’s chief of staff.

“When you say that some of the most senior military chaplains can’t even observe Jewish faith practices because it would be offensive to their religious views, it doesn’t get much worse than that, except when you tell them that if they want the base chaplains to support Passover, they have to choose a day that isn’t Passover,” Weinstein said.

Around 80 Jews live on the base, Mize said. She added that the nearest synagogue is in Nashville, more than an hour’s drive away.

“Fort Campbell is committed to maintaining and improving the exceptional support we strive to offer all of our chapel communities,” Jenkins said. “We make every effort to ensure all soldiers, family members and civilians have the opportunity to exercise their religious rights. Further comment as this is examined is not appropriate.”