Netanyahu, Trump Speak By Phone About Threat From Iran 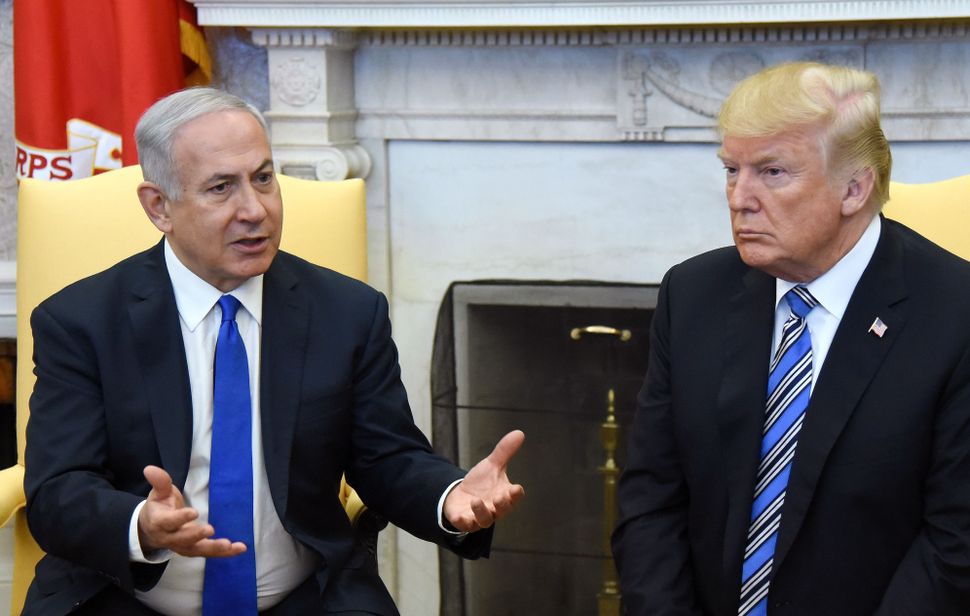 The two leaders spoke on Saturday, according to a readout of the conversation released Sunday by the White House. They discussed the “threats and challenges facing the Middle East region, especially the problems posed by the Iranian regime’s destabilizing activities,” the White House said. The call came hours before Netanyahu met in Israel with new U.S. Secretary of State Mike Pompeo.

Trump has said he will decide by May 12 whether the United States will remain part of the Joint Comprehensive Plan of Action, or Iran nuclear deal signed in 2015 between Iran and six world powers, including the United States.

Following Sunday’s meeting between Netanyahu and Pompeo, the Secretary of State said of the Iran deal: “President Trump’s been pretty clear. This deal is very flawed. He’s directed the administration to try and fix it, and if we can’t fix it, he’s going to withdraw from the deal. It’s pretty straightforward. Unlike the past administration, President Trump has a comprehensive Iran strategy that is designed to counter the full array of threats emanating from Tehran.”

He added: “As part of the President’s comprehensive Iran strategy, we are also working to counter the broad set of non-nuclear threats: Iran’s missile systems, its support for Hezbollah, the importation of thousands of proxy fighters into Syria, and its assistance to the Houthi rebels in Yemen. We look forward to working closely with strong allies like Israel in countering these threats and rolling back the full range of Iranian malign influence.”

Pompeo had noted earlier on Sunday that Trump remains undecided about whether the United States would leave the deal.

Netanyahu, Trump Speak By Phone About Threat From Iran