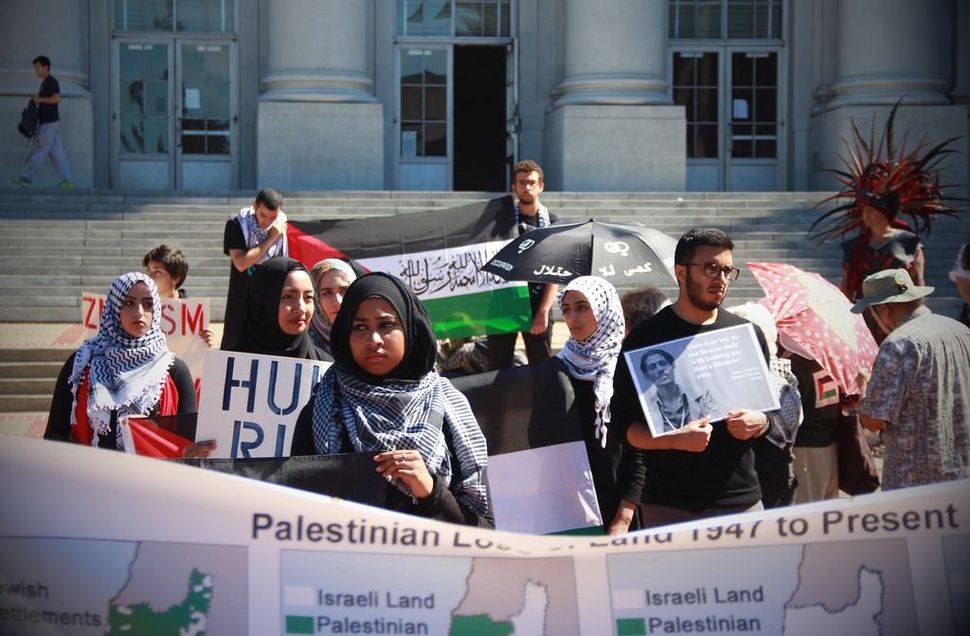 Two members of the campus group Students for Justice in Palestine were arrested after burning an Israeli flag and protesting a New York University pro-Israel event, the school’s student newspaper reported.

“Our point is to make being Zionist uncomfortable on the NYU campus,” SJP president Khalid Abu Dawas told the Washington Square News.

The paper reported that a student protester disrupted the singing of the Israeli national anthem. He grabbed the microphone from a student and shouted, “Free Palestine,” until police escorted him from the premises.

The president of Realize Israel, one of the Zionist groups that put on the event, compared the holiday to the Fourth of July.

“A lot of people from the other side say that we don’t recognize nuance in this situation,” Adela Cojab said. “Every single country has their own nuances, including the United States, but let’s say a Fourth of July barbecue isn’t the place to discuss it.”