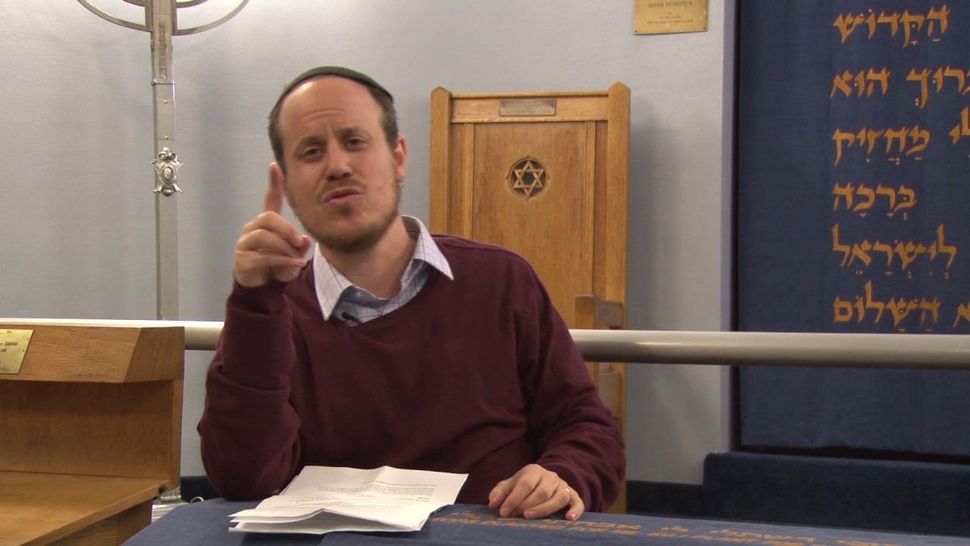 A prominent Washington, D.C. rabbi broke into a city council meeting on Tuesday to decry officials’ lack of action against anti-Semitism.

Rabbi Shmuel Herzfeld, the leader of the modern Orthodox congregation Ohev Shalom, was outraged over the Council not censuring councilman Trayon White after he claimed last month that a snowstorm was caused by the Rothschild family — a reference to an anti-Semitic conspiracy theory.

White later apologized for his statement, but was later criticized for leaving early from a specially-arranged tour of the United States Holocaust Memorial Museum, and for giving funds from his constituent services account to the Nation of Islam, run by the anti-Semitic preacher Louis Farrakhan.

“I cried in pain because you endangered my children,” Herzfeld shouted, filmed by Washington Post reporter Fenit Nirappil. “This is unacceptable. You know better. I say shame on you.”

The White issue was compounded further when a “unity rally” organized last week by an employee of mayor Murial Bowser featured a speaker calling councilwoman Elissa Silverman a “fake Jew.”

The council’s other Jewish member, Brianne Nadeau, said at the meeting that she and Bowser are coordinating a May 16 event to learn about Jewish and African American histories, Nirappil tweeted.