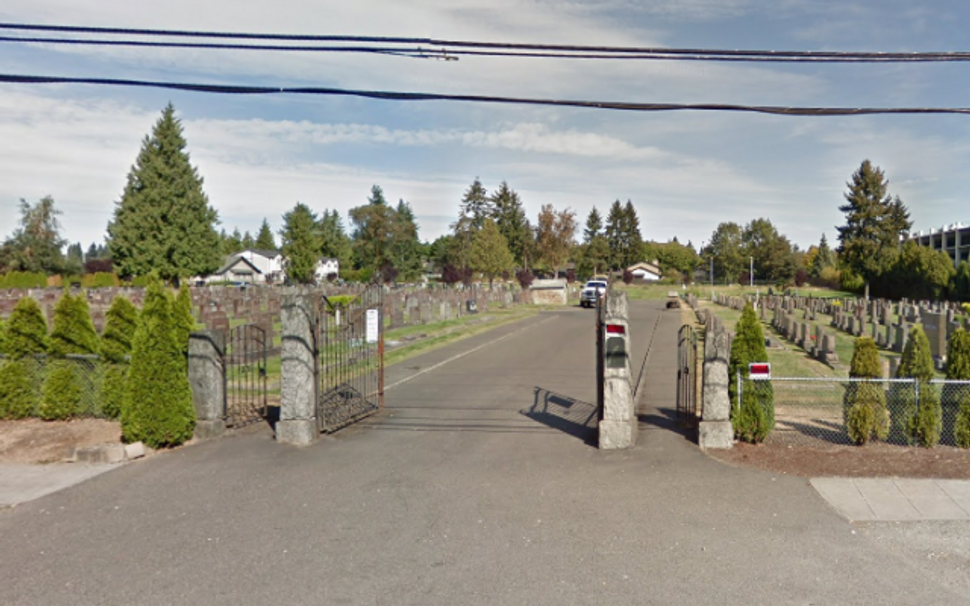 (JTA) — The managers of two historic Jewish cemeteries in Seattle are asking for the city’s help in preventing desecration and vandalism at the sites.

The Jewish community says the issue is groups of homeless people who have set up camp in and around the cemeteries.

Ari Hoffman, a vice president of Seattle’s Bikur Cholim Machzikay Hadath Synagogue and a member of its cemetery committee, told the local media  that headstones have been defaced and that needles and other discarded drug paraphernalia, as well as human feces, have been found on and among the tombstones. Hoffman also said that prostitutes use the woods behind the cemetery for their clients.

The Bikur Cholim cemetery has gravesites going back to the Civil War as well as recent burials.

Across the street, the Historic Sephardic Jewish Cemetery is experiencing similar vandalism.

A spokesman for Seattle’s Homelessness Emergency Response said Friday that the city was aware of the concerns near the cemeteries.

“The Navigation Team, which is the city’s homelessness response team that connects vulnerable people to shelter and services, inspected the site earlier today and is assessing site conditions,” the spokesman said.