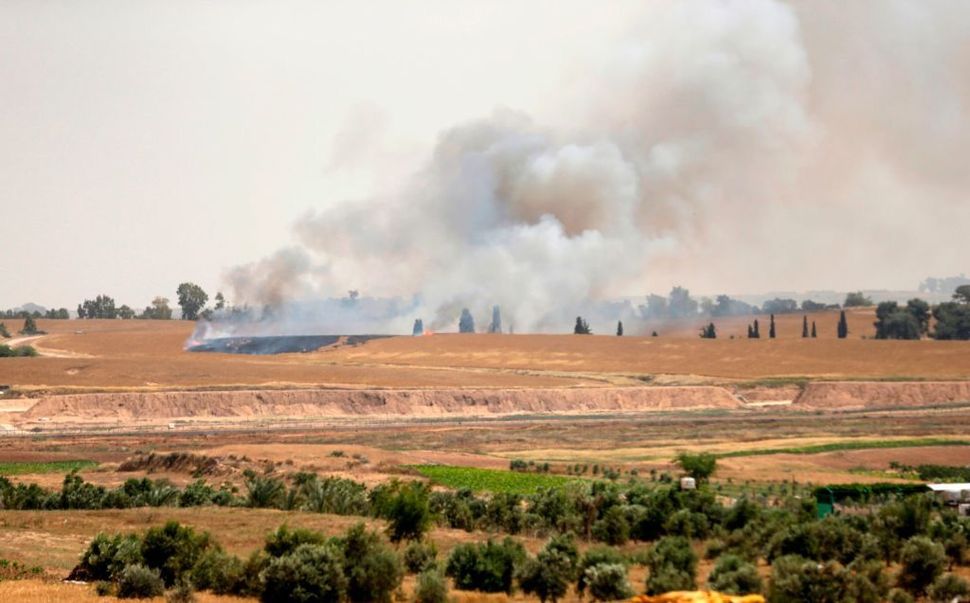 Smoke and flames rise from fields near the Kibbutz Be’eri after Palestinian Gazans flew a kite laden with a molotov cocktail over the border in April 2018. Image by Getty

JERUSALEM (JTA) — A fire burned for hours in a southern Israel forest after a kite carrying a firebomb crossed the border from Gaza.

Ten teams of firefighters were called to the Be’eri Forest near Kibbutz Be’eri on Wednesday afternoon to bring the fire sparked by the incendiary kite under control. The fire burned dozens of acres of forest and agricultural fields.

It was the largest fire triggered by the kites sent from Gaza since the first use of such devices by Gazan Palestinians. Israel has experienced hot and dry conditions and high winds over the last few days.

The explosives-laden kites were an escalation of the weekly protests at the Gaza-Israel border, called the March of Return, which are scheduled to end on May 14, the 70th anniversary according to the Gregorian calendar of the birth of the modern State of Israel, which the Arab world calls the Nakba, or catastrophe.

Officials in southern Israel have told Israeli media that the explosives-laden kites are now a daily occurrence.