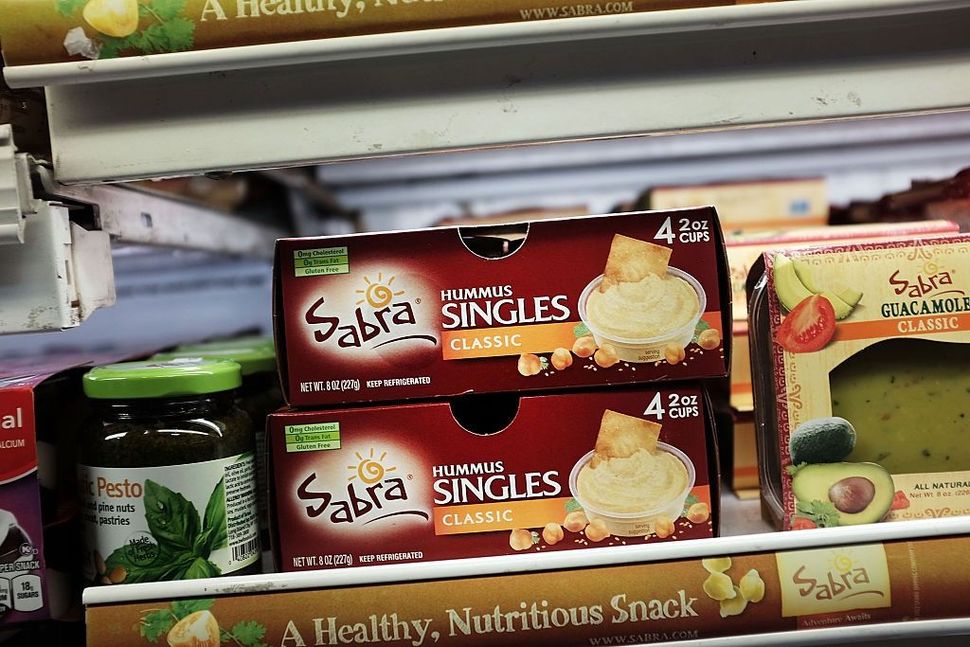 Sabra Hummus and other products on display in a grocery store in New York City. Image by Getty

(JTA) — Swarthmore College will not discontinue the sale of Sabra hummus on campus, its president announced.

Instead, campus dining halls and convenience stores will provide an “alternate hummus brand” on campus.

The Swarthmore Students for Justice in Palestine had presented College President Valerie Smith with a petition signed by hundreds of students requesting that the hummus, owned by the Israel-headquartered multinational corporation Strauss Group, no longer be sold on campus.

The petition called it “morally unacceptable” for the college to allow Sabra to be sold on campus, and called the college an “accessory to the occupation of Palestine,” according to the Campus Reform website. It also noted that Strauss financially supports and sends care packages to the Israeli military’s Golani Brigade, a unit it called “particularly brutal.”

“Our community is passionate about addressing issues of public concern. While that passion is commendable, we must continue to value the importance of remaining in dialogue with each other, especially those whose views and experiences differ from our own,” she also wrote.