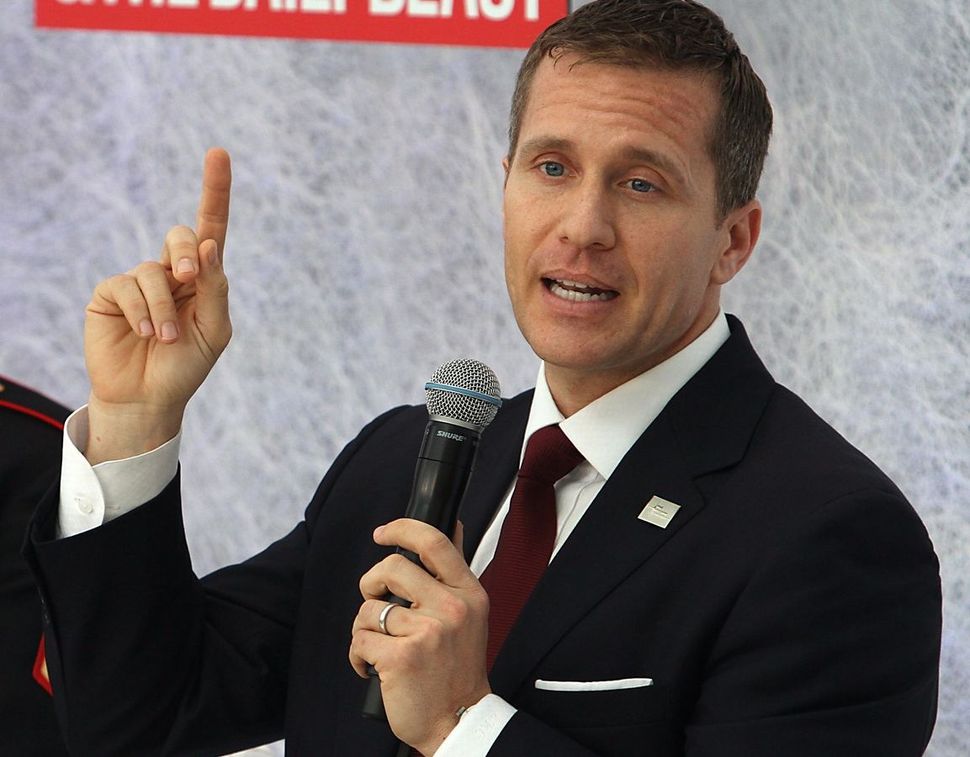 The vote comes a day after a report released by state lawmakers accused Greitens, who is Jewish, of violating federal campaign finance laws. Lawmakers voted for the special session to address the report, “including, but not limited to disciplinary actions against Gov. Eric R. Greitens.”

“This path is not the one that I would have chosen for Missourians or my colleagues,” Missouri House Speaker Todd Richardson, a Republican, said at a news conference. “I hoped from the beginning of this process that the committee would find no wrongdoing, so we could bring this investigation to a close and put all of our attention on the issues that matter most to Missouri families.”

It will be the state’s first special session in its history. Greitens is the first Missouri governor to be indicted while still in office.

The petition from the state lawmakers calling themselves back into session had signatures from 138 House members and 29 state senators — well over the three-fourths threshold required by state law to call a special session.

The session is set to begin May 18 — four days after Greitens’ trial for felony invasion of privacy begins. He is accused of taking a nude picture of a former sexual partner without her consent.