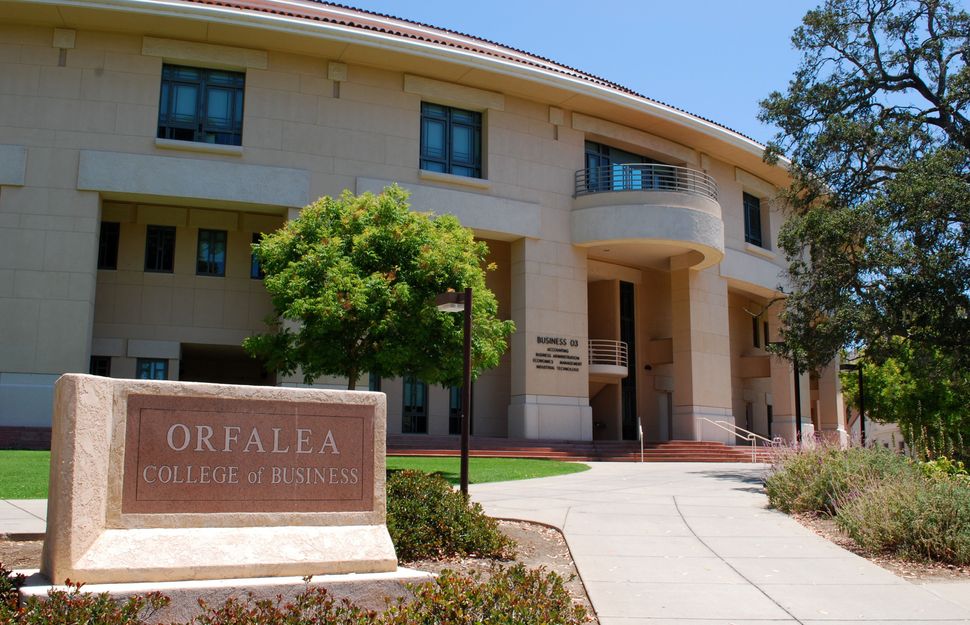 The Orfalea College of Business at California Polytechnic State University. Image by Wikipedia

(JTA) — Student groups at California Polytechnic State University led by the Black Student Union are calling on the university to increase the funding of all cultural clubs at the university except those that are “aligned with Zionist ideology.”

The Black Student Union along with other student organizations created a list of demands in the wake of an incident last month in which a member of a campus fraternity wore blackface during the university’s multicultural weekend.

Among the demands by the so-called Drylongso Collective are training for all sororities and fraternities in “Structural Inequality, Sexual Consent, and Cultural Awareness”; an endowed professorship for the Ethnic Studies Department; and a graduation requirement of courses in ethnic studies.

“We want an increase in ASI (Associated Students, Inc.) funding for ALL cultural clubs, with the exception of organizations that are aligned with Zionist ideology,” the document also says.

The Collective told the Campus Reform news website in a letter that the funding demand is not anti-Semitic.

“To conflate Zionism with Judaism is also highly problematic,” the letter said.

The groups in an open letter condemned the blackface incident and said: “No one deserves to be targeted because of their race, religion, identity or culture, especially on our campus.”

The letter said that many in the Cal Poly Jewish community have been “deeply hurt” by the anti-Zionists demand in what it called the “list of otherwise agreeable demands.”

“It is wrong, that in a moment when the Cal Poly community is coming together to act against injustice, that some have attempted to exclude on group. You cannot fight exclusion with exclusion,” the open letter said.