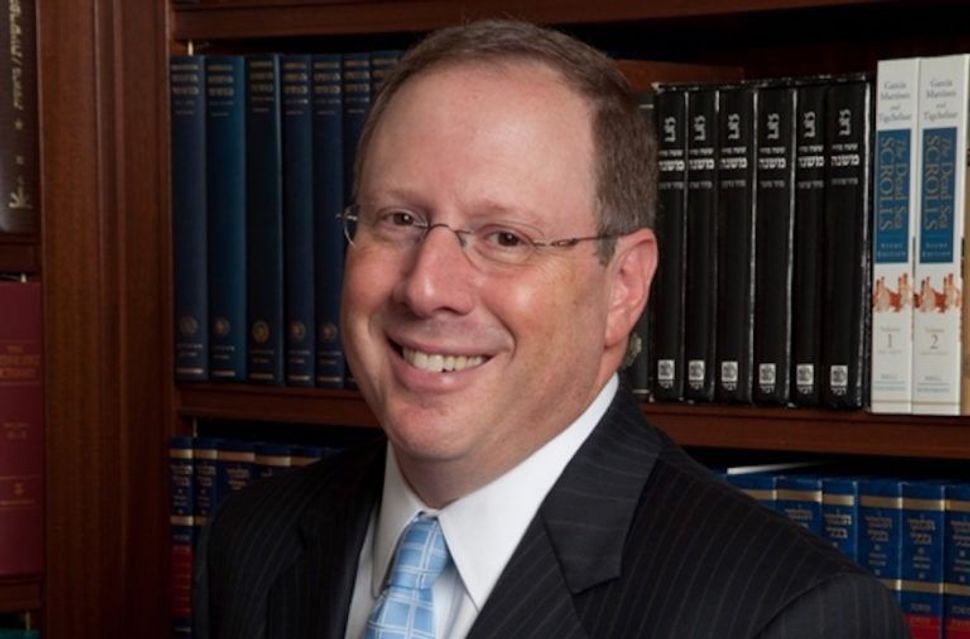 Jewish leaders from around the world are expressing their condolences on the passing of Rabbi Aaron Panken, the president of the Reform movement’s seminary system, who died in a plane crash in New York on Saturday.

His death came less than a day before he was to officiate the ordination ceremony of new rabbis and cantors to graduate from Hebrew Union College in New York.

Current and former students of his shared their gratitude for what he had taught them.

Cantorial student Mike Jarvis wrote on Facebook that he had gone to Panken with a difficult problem last month. “He gave me an answer that not only gave me direction and hope, it challenged me to rethink my connection to and relationship with Judaism,” he wrote. “It was an important moment for me, and one that brought me a new level of affection and respect for our leader.”

“The world lost a wonderful man and a brilliant scholar,” Rabbi Simon Stratford of Congregation Kol Ami in Fredrick, Maryland wrote. I will never forget the words he said to me when he made me a rabbi one year ago.

The loss was felt throughout the Reform movement.

Rabbi Angela Buchdal of Central Synagogue in New York wrote that Panken was “a tremendous scholar and human being, father and husband, and a dear friend. There was not a time I spoke with Aaron that he did not make me laugh, and think hard.”

The director of the Union of Reform Judaism’s 6 Points Sci-Tech Academy camp, Greg Kellner, noted Panken’s enthusiasm for the new program: “Aaron told me he needed to be there and see the first summer in action. He was so excited because it combined his love of engineering and Judaism.”

Condolence messages also came from the Reform movement’s partner movements in the U.K. and Israel.

Members of other movements also expressed their sorrow.

Rabbi Asher Lopatin, the president of the “Open Orthodox” Yeshivat Chovevei Torah Rabbinical School, wrote that Panken “was inspiring and supportive as a friend and a colleague – helping me both in my role at YCT but also on a very personal level during my year of transition.”

“Aaron was a visionary leader, a thoughtful scholar, a generous colleague and a mensch,” wrote the president of Reconstructing Judaism, Rabbi Deborah Waxman. “His ties to the Reconstructionist movement were both collegial and familial and his loss feels personal and painful.”

Tremendously saddened by the passing of Rabbi Aaron Panken, who hosted me so graciously less than a month ago in @HUCJIR. A great thinker. A huge loss for the entire Jewish people. תנצב״ה pic.twitter.com/KTRiagHyKb

This is simply devastating news. Rabbi Aaron Panken was a brilliant Jewish leader, an incredible mensch, and a dear friend. My thoughts and prayers are with his amazing family. May God grant them comfort. https://t.co/3lLTg9SGIy