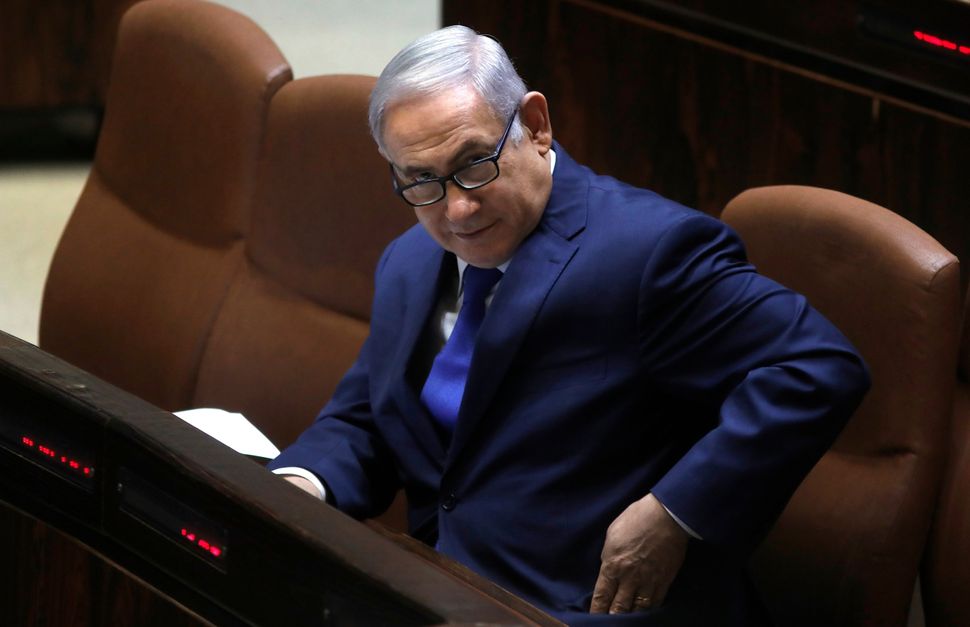 Israeli Prime Minister Benjamin Netanyahu gestures during a session at the Knesset on March 12, 2018. Image by MENAHEM KAHANA/AFP/Getty Images

The Knesset’s Ministerial Committee for Legislation by a vote of 11 to 1 on Sunday approved the bill, known as the override power bill, an amendment to Israel’s Basic Law, which would allow the legislative body to reenact laws that have previously been struck down by the Supreme Court by a simple majority of the 120-member Knesset.

The Knesset could begin voting on the legislation as early as Wednesday.

The bill’s major supporters, Education Minister Naftali Bennet, and Justice Minister Ayelet Shaked, both of the right-wing Jewish Home Party, said in a statement after the vote that the legislation marks the “beginning of the building of a separation wall between the three branches” of government.

“The bypass clause will return the public confidence in the High Court of Justice and will restore the original functions of the branches: the Knesset legislates, the governments implements and the court interprets. One branch cannot intervene in the affairs of the other. It should be remembered that the Knesset, as a representative of the nation, is the sovereign as in any civilized democracy,” the joint statement said.

Moshe Kahlon, head of the centrist Kulanu Party, which is part of the government, has called on his party’s lawmakers to vote against the bill.