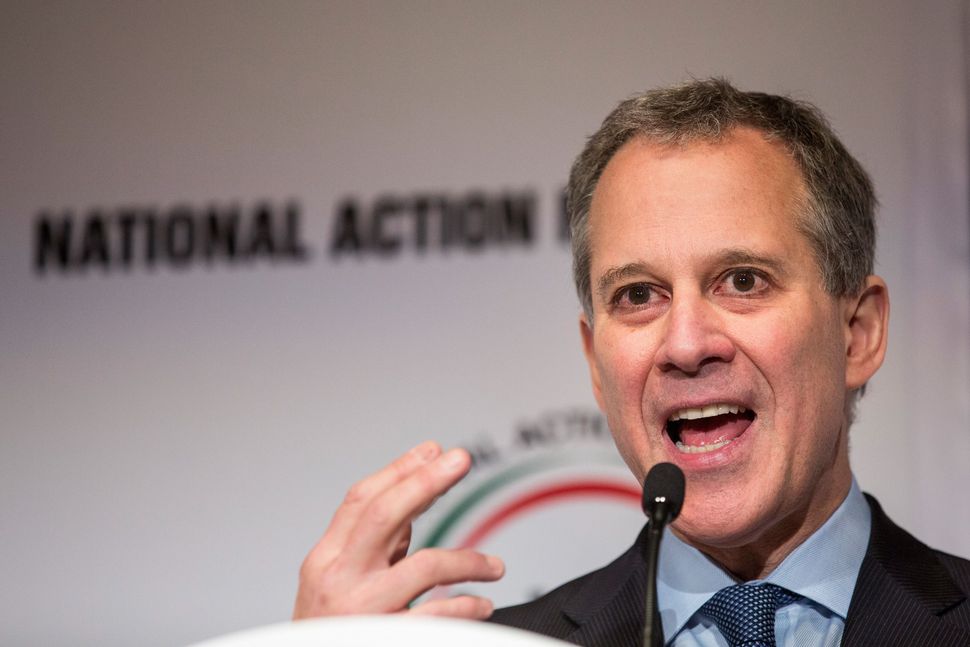 New York Attorney General Eric Schneiderman has resigned after being accused of physical abuse by four women with whom he had relationships.

Schneiderman issued a statement late Monday saying he could no longer continue as the state’s top lawman after the damaging accusations surfaced.

The four ex-girlfriends told the New Yorker that Schneiderman, a liberal stalwart who has taken a leading role in battling President Trump’s agenda, slapped and threatened them.

Two of the women, Michelle Manning Barish and Tanya Selvaratnam, are named in the article and were publicly known as romantic partners of Schneiderman, who is divorced.

Neither of the women went to police but they did seek medical treatment and told friends about the incidents at the time they allegedly occured.

Two others described similar behavior but refused to allow the magazine to use their names.

A spokeswoman for Schneiderman denied that he threatened the women and he said he has never assaulted any woman.

“In the privacy of intimate relationships, I have engaged in role-playing and other consensual sexual activity. I have not assaulted anyone. I have never engaged in non-consensual sex, which is a line I would not cross.”

Gov. Andrew Cuomo called on Schneiderman, a two-term incumbent who had been expected to cruise to reelection this fall, to resign.