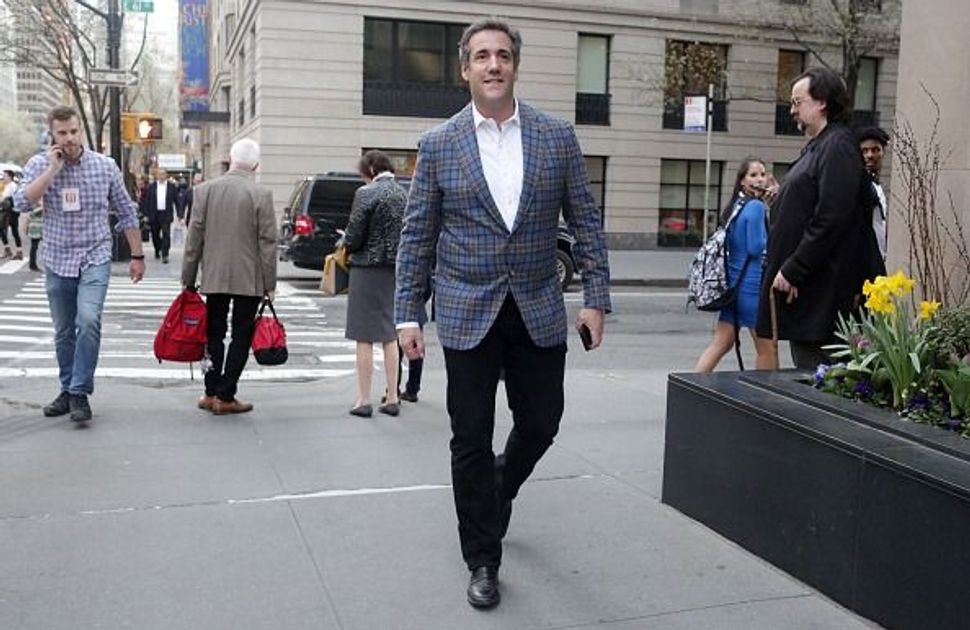 Michael Cohen, President Trump’s longtime personal lawyer, is struggling to go about his life as usual in the month since a dozen federal agents raided his home, office, and hotel room, Vanity Fair reported.

An NBC News report on Thursday inaccurately claiming that the government had wiretapped Cohen’s phone — which the network corrected later that day — was particularly difficult on his children.

While Cohen once said he would take a bullet for the president, the sudden spotlight has taken a toll on him as well. Cohen told friends that he and his wife have lost a collective 20 pounds since the raids.

Former New York mayor Rudy Giuliani, Trump’s new lawyer, told ABC News on Sunday that he expects Cohen to cooperate with authorities, though he does not think they will find what they are looking for because, as he said it, Cohen does not have “any incriminating evidence.” He also said that a pardon “obviously is not on the table,” though he added “that’s not a decision to be made now; there’s no reason to pardon anybody now.”

“None of this is normal, but he’s trying to keep it as normal as he can,” a friend of Cohen’s told Vanity Fair.