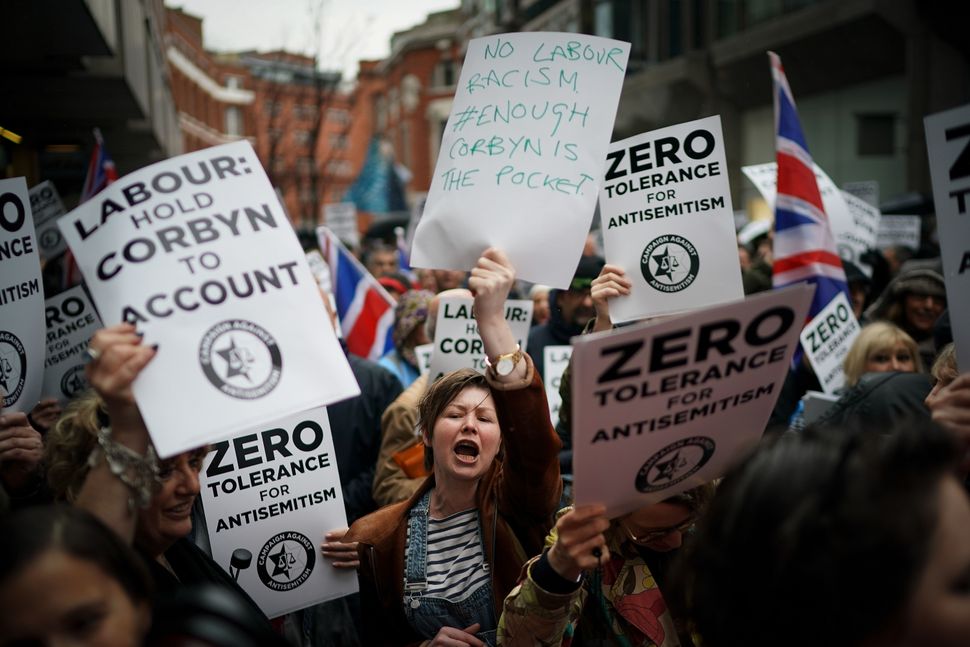 Members of the United Kingdom’s Jewish Labour Movement claimed they were banned from attending a Labour Party meeting about anti-Semitism that they were originally invited to participate in, the Jewish Chronicle reported.

Labour’s executive committee had reportedly invited the Jewish group to attend Tuesday’s session and “contribute to the discussion on this issue.” But JLM members were allegedly told upon arrival that they would not be allowed into the room.

“Just before the election I was invited with others from @JewishLabour to attend the @UKLabour NEC Working Group on Antisemitism meeting today at 4,” Adam Langleben, an activist associated with JLM, tweeted. “I have just been uninvited along with others. Apparently a ‘misunderstanding.’”

A Labour Party spokesperson reportedly responded to Langleben’s post, clarifying that their invitation was only meant for “people with a role in Labour’s disciplinary process.”

The Labour Party has been severely criticized by Jewish groups over allegations that party leader Jeremy Corbyn has not been sufficiently tough on anti-Semitism within the party.