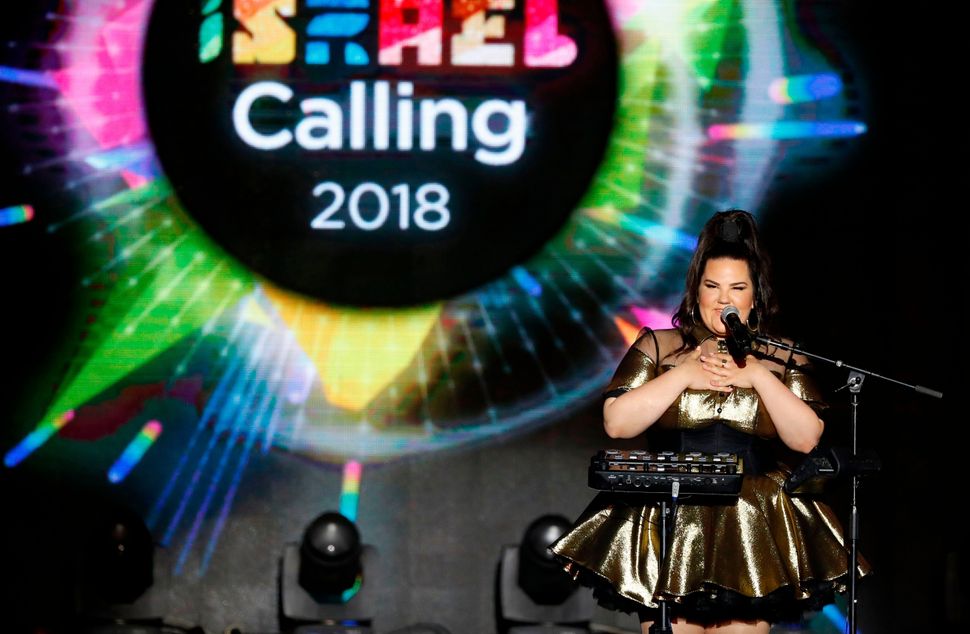 JERUSALAM (JTA) — Netta Barzilai and her high-energy song “Toy” took Israel to the finals of the 2018 edition of the Eurovision song contest.

Ten of the 19 performers advanced to the finals on Tuesday night. Another 10 performers will be chosen on Thursday. The Eurovision finals will be held in Lisbon on Saturday night.

The other nine countries that passed through were Albania, Austria, Bulgaria, Cyprus, Lithuania, Czech Republic, Estonia, Finland and Ireland. This is the fourth year in a row that Israel has qualified for the finals.

Barzilai performed without using her trademark Looper, which allows her to layer multiple vocal sounds on top of each other in real time, though it was onstage with her as a prop.

Israel’s song, which is performed in English, has consistently been ranked on betting sites in first place or at least in the top three, but earlier on Tuesday slipped to fourth place.

The winning country hosts the next year’s contest.