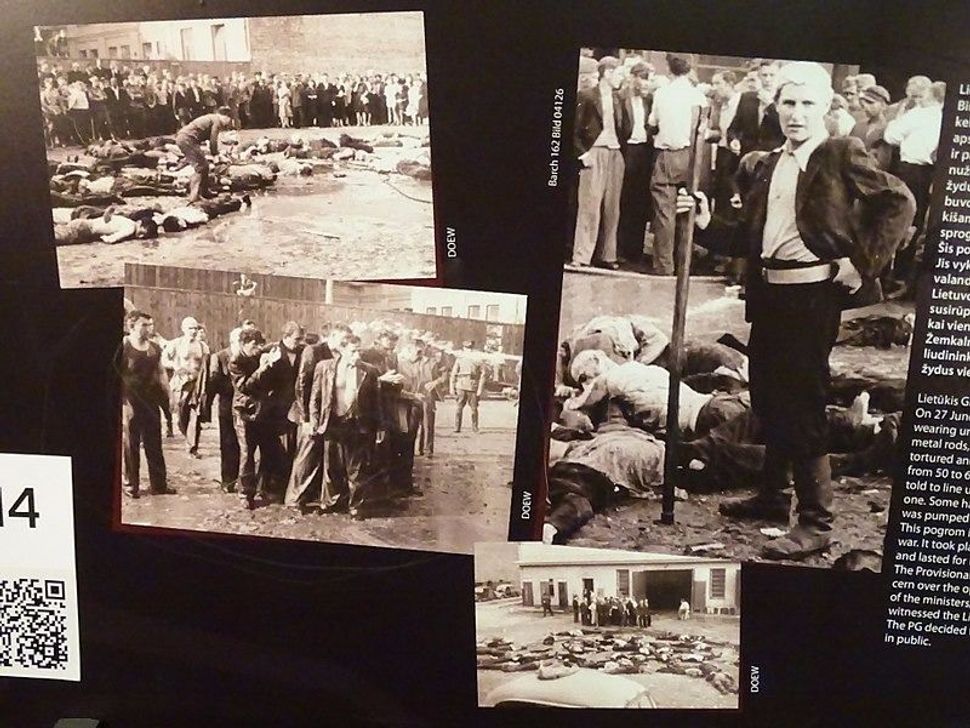 Scenes from the Holocaust in Lithuania Image by wikipedia

(JTA) — A Lithuanian museum housed in a camp where Nazis and collaborators murdered 50,000 Jews is hosting an event for families featuring battle re-enactments.

The May 12 event, which the Kas Vyksta news website billed as a “feast,” is scheduled to take place at the Ninth Fort, a 19th century bunker complex that the Nazis and their helpers turned into a camp and execution area.

Active-duty soldiers will explain to visitors about their various armaments, including the GOL rifle, which is produced in the German town of Birkenau. Also present will be police officers and firefighters as well as municipal officials.

The event is part of this year’s centenary celebrations of Lithuanian sovereignty, according to the website of the state-run Ninth Fort museum.

According to an official website of Kaunas, Lithuania’s second city, the museum “reveals the Jews’ tragedy in Lithuania and tells the story of Kaunas Ghetto and massacre,” in addition to showcasing “examples of weaponry and equipment of World War I.”

The museum’s website for the May 12 event does not mention Jews or the execution of civilians on the site.