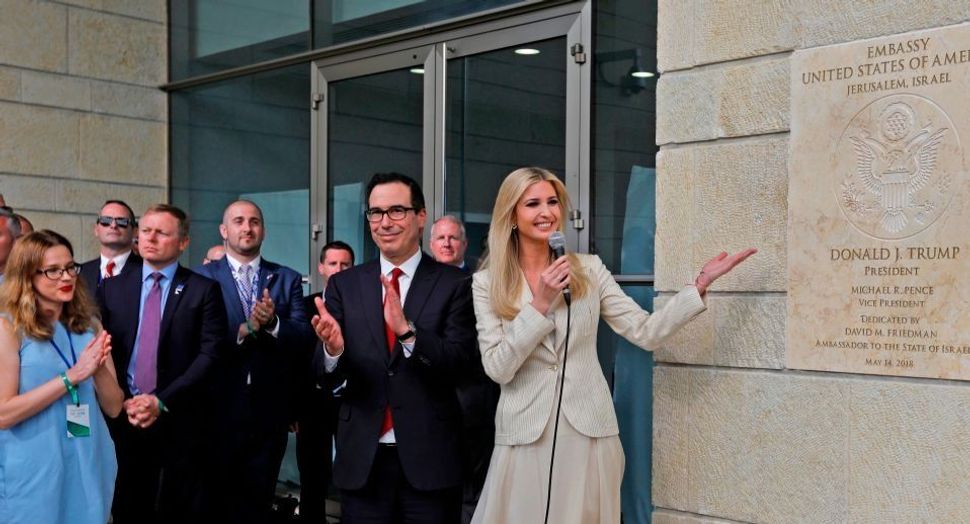 The United States officially opened its embassy to Israel in Jerusalem on Monday, fulfilling a pledge by President Donald Trump who has recognized the holy city as the Israeli capital.

“Today we open the United States embassy in Jerusalem, Israel,” U.S. ambassador to Israel David Friedman said at the beginning of the inaugural ceremony, attended by a U.S. delegation from Washington and Israeli leaders.

On the Gaza border, at least 38 Palestinians were killed by Israeli gunfire in the latest in a round of protests dubbed the “Great March of Return,” health officials said.

Trump’s recognition of contested Jerusalem as Israel’s capital in December outraged Palestinians, who said the United States could no longer serve as an honest broker in any peace process with Israel.

Palestinians seek East Jerusalem as the capital of a state they want to establish in the occupied West Bank and the Gaza Strip.

Israel regards all of the city, including the eastern sector it captured in the 1967 Middle East war and annexed, as its “eternal and indivisible capital” in a move that has not won international recognition.