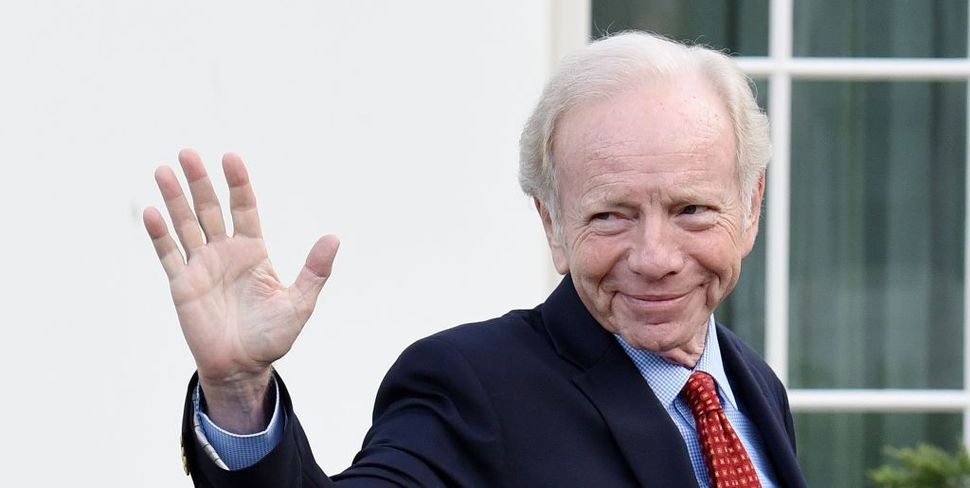 In the sea of Trump administration officials, GOP congressional heavyweights and Republican megadonors gathered in Jerusalem to celebrate the moving of the U.S. Embassy, former Sen. Joseph Lieberman has been one lonely Democrat — sort of.

Not a single sitting member of his party was invited to take part in the festivities – even those who lined up with President Donald Trump on the issue – reflecting the combative D.C. “tribalism” that Lieberman opposes.

Still, the onetime vice presidential nominee and member of the bipartisan coalition of senators who helped give birth to the original Jerusalem Embassy Act of 1995 praises the current White House for what he calls a “bold move” that is long overdue. (Lieberman insists he is still a Democrat, despite being identified as an “Independent Democrat” in his final years in the Senate.)

“I am grateful to President Trump for making this decision,” he tells Haaretz while preparing to take part in Monday’s dedication ceremony for the new U.S. Embassy. Always far more hawkish than other members of his party on foreign affairs, Lieberman is, more controversially, a rare Democrat who is also praising Trump’s decision to withdraw from the Iran nuclear deal, sharing the president’s view that it was a “bad agreement.”