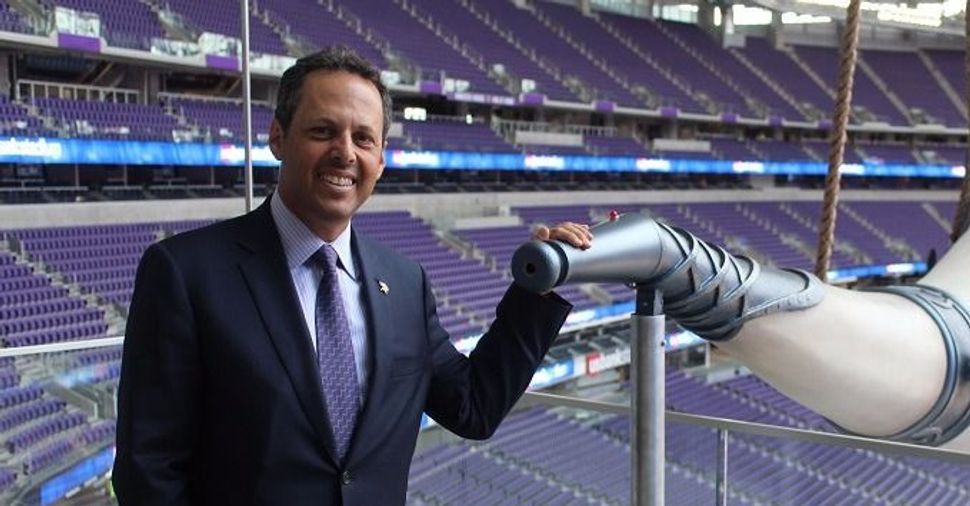 (JTA) — Mark Wilf, a real estate developer and owner of the Minnesota Vikings football team, is expected to be named the incoming chair of the Jewish Federations of North America.

He also has served as co-chair of JFNA’s National Holocaust Survivors Initiative, where he has helped raise millions in funding for struggling and indigent survivors.

Wilf is an attorney and a partner in Garden Homes, a New Jersey-based real estate development firm. Wilf, along with his brother Zygi, has owned the Vikings since 2005.

He is a member of the board of 70 Faces Media, JTA’s parent company.

The nominations will be brought to the JFNA Board of Trustees at its annual meeting at the organizations General Assembly, which will be held this year in Tel Aviv from October 22 to 24.