Anne Frank Diary Entries On Sexuality Are Restored By Scientists 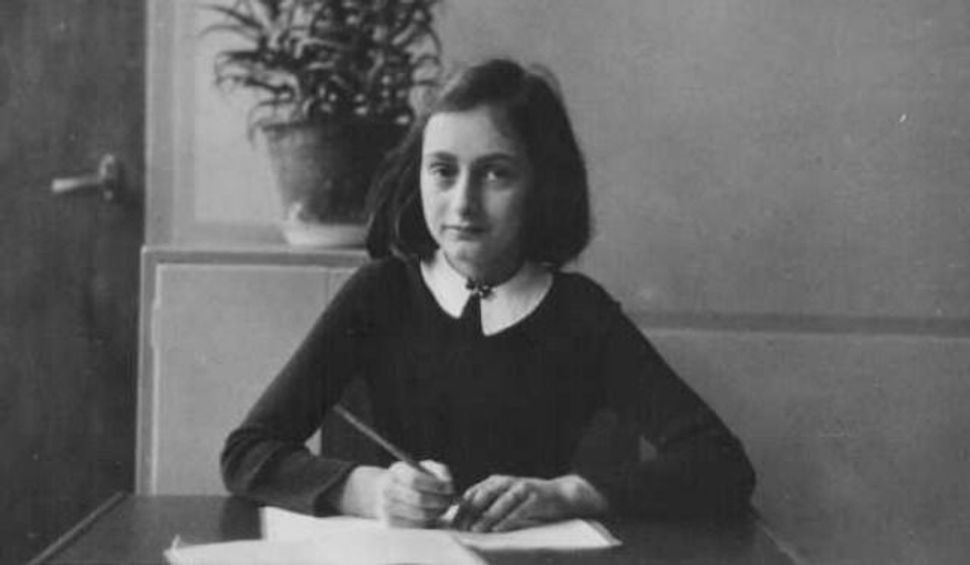 AMSTERDAM (JTA) — Researchers in the Dutch capital were able to recover two pages from a diary of Anne Frank containing texts on sexuality that she had written and erased.

The pages, whose content for decades had remained unknown, appeared in one of several diaries penned by the Jewish teenage diarist during her time hiding from the Nazis in Amsterdam, the city’s Anne Frank House wrote in a statement Tuesday.

The Anne Frank House, a museum located in Frank’s former hiding place, did not quote directly from the text it had recovered using what it said was new technology. The statement said that the pages include four dirty jokes, some crossed out phrases and a text in which Anne Frank imagines herself teaching sexual education.

She also notes hearing about brothels in Paris from her father.

The Franks were caught by the Nazis in 1944. Only Anne Frank’s father, Otto, survived the Holocaust. He edited and published her writings in hiding after the war, making Anne Frank one of the world’s most famous Holocaust victims.

Anne Frank wrote the jokes on Sept. 28, 1942, just three months after the family began their two-year stay at the hiding place.

Frank van Vree, director of the Institute for War, Holocaust and Genocide Studies, which participated in the deciphering of the pages, wrote that “Anyone who reads the passages that have now been discovered will be unable to suppress a smile. The ‘dirty’ jokes are classics among growing children. They make it clear that Anne, with all her gifts, was above all also an ordinary girl.”

The Anne Frank House addressed moral considerations in deciphering a text that its author did want read.

“The diary of Anne Frank is a world heritage object with great historical value, and this justifies research into it,” the institution said.

The two pages are not the only time Frank jotted down dirty jokes or wrote about sexuality, although in later passages she treats the subjects more maturely.

Anne Frank Diary Entries On Sexuality Are Restored By Scientists