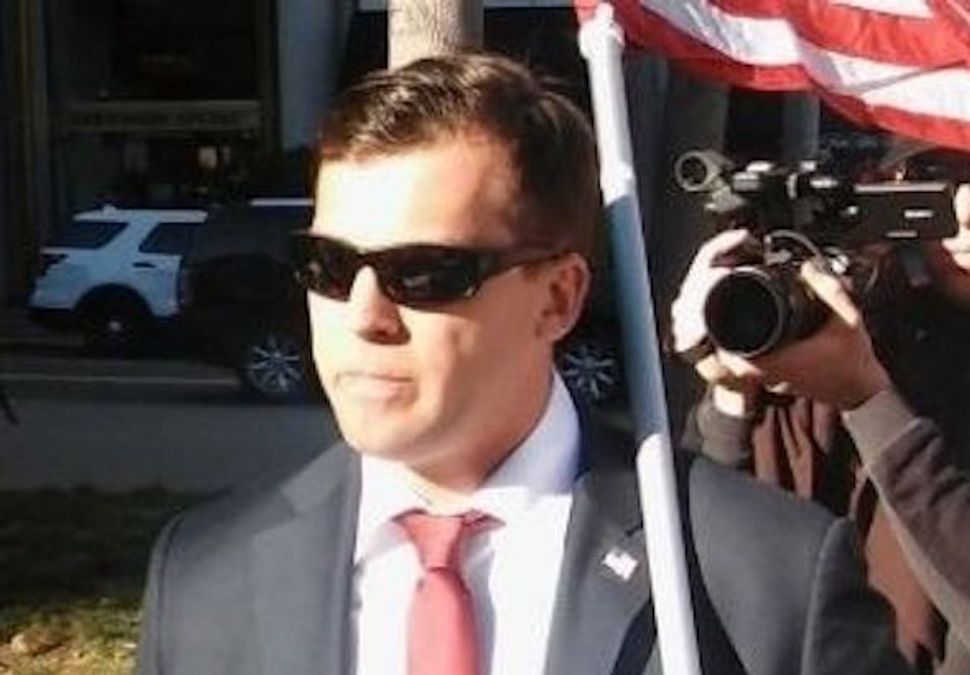 The 90-second robocalls encouraged listeners to back Little, who the call says has “vowed to end Jewish control over America.” The sponsor of the robocalls said on Gab, a social media platform popular among other white supremacist, that more than 350,000 calls had gone out to Californians.

Little told the Chronicle that while he didn’t know of the robocall’s existence, he wouldn’t disavow the ad’s contents. “Show me the lie, and I will consider renouncing it,” he said.

He even celebrated the calls on Gab. “Great work, whoever did that,” Little wrote.

Little was banned from registering at the California Republican Party’s May convention and was escorted from the premises by security officers. Afterward, he stomped outside, spat on an Israeli flag and complained that the “Republican Party of California is nothing but Zionist stooges.”

Little recently placed second in a statewide poll of potential candidates ahead of California’s June 5 primary, coming in at 18 points and trailing only Feinstein. The survey is considered an outlier, as he has not placed as high in other polls.