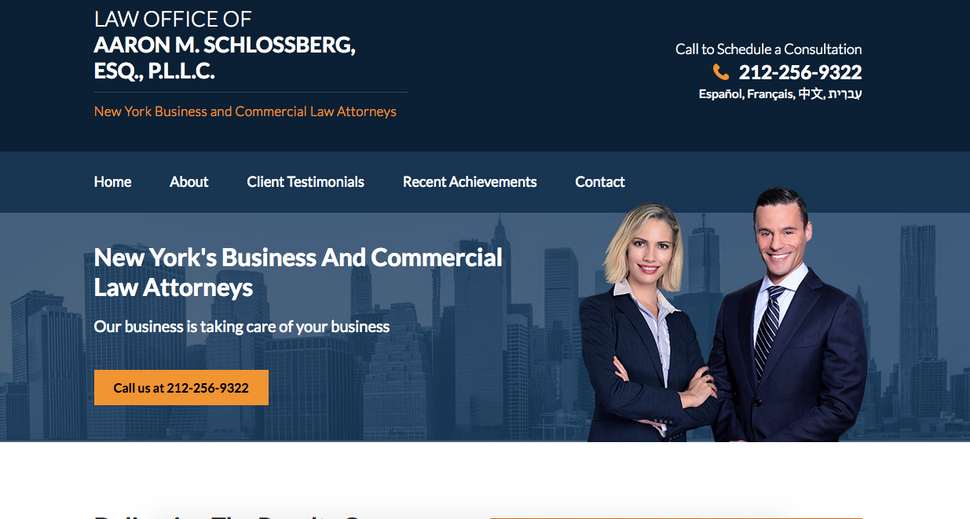 The donation to Trump was revealed by OpenSecrets.org.

Schlossberg erupted at fellow patrons and workers at a midtown Manhattan deli after he overheard them speaking in Spanish.

He threatened to call immigration agents, although there was no reason for him to suspect they weren’t Americans.

Schlossberg attended the tony Haverford School in suburban Philadelphia and Johns Hopkins University for college, according to his LinkedIn page. He also graduated from George Washington University’s law school.

People bombarded his Facebook page and the Google entry for his law practice with negative comments.

Ironically he has the chutzpah to brag on the firm’s web site of being fluent in Spanish.