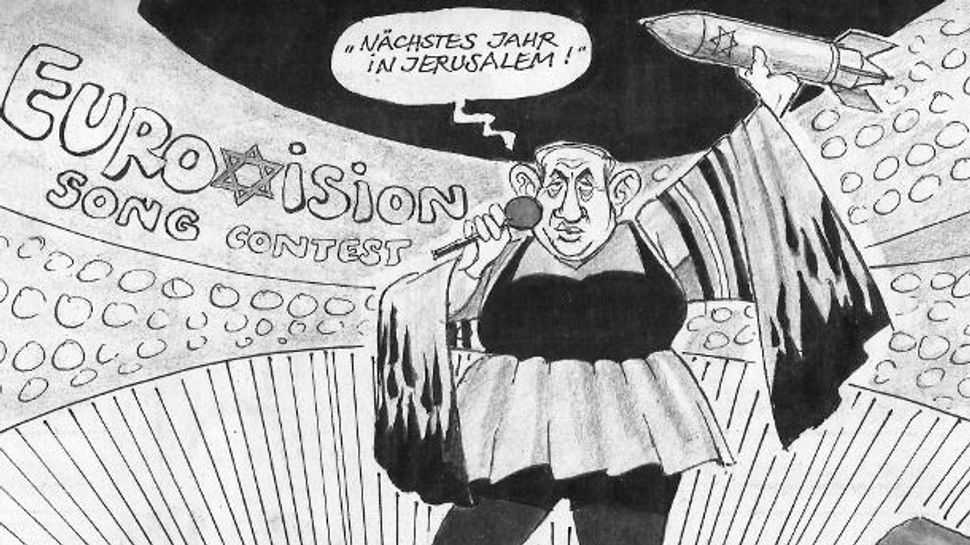 Editor-in-chief Wolfgang Krach said publishing the cartoon, carried in the May 15 issue of the daily, was a mistake and he apologized to readers.

Krach later said the cartoon used “anti-Semitic cliches” when it showed Netanyahu in the attire of Israeli Eurovision entrant Netta Barzilai, who won the 2018 contest on Saturday.

Holding a rocket with the Star of David on it in one hand and a microphone in the other, Netanyahu is shown in the cartoon saying: “Next year in Jerusalem.”

The 85-year-old cartoonist said he wanted to criticize Netanyahu’s exploitation of the Eurovision contest for his own purposes and accused Netanyahu of abusing the singer’s victory.

Netanyahu used the phrase, the toast traditionally given each year during the Jewish festival of Passover, in a congratulatory tweet. “You brought a lot of respect to the State of Israel,” he wrote. “Next year in Jerusalem!”