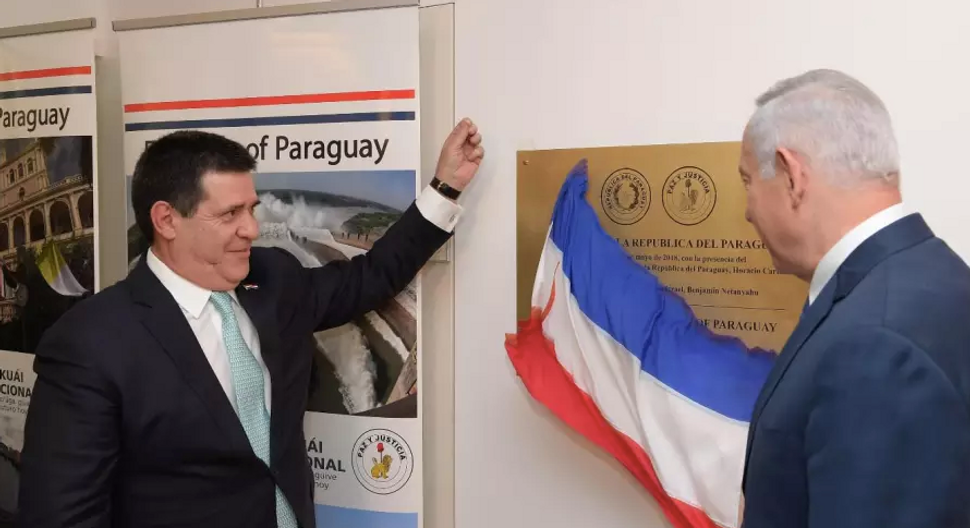 Paraguay opened its Israel embassy in Jerusalem on Monday, the second country to follow the United States in making the politically sensitive move from Tel Aviv.

Paraguayan President Horacio Cartes and Israeli Prime Minister Benjamin Netanyahu attended the inauguration ceremony. The United States relocated its embassy to Jerusalem a week ago, drawing Palestinian anger. It was followed by Guatemala on Wednesday.

The status of Jerusalem is one of the thorniest obstacles to forging a peace deal between Israel and the Palestinians, who with broad international backing want East Jerusalem, captured by Israel in the 1967 Middle East war, as their capital.

Israel regards all of the city, including the eastern sector it annexed after the 1967 conflict, as its capital.

“This is a historic day that strengthens ties between Paraguay and Israel,” Cartes said at the ceremony.