‘The Walls Are Closing In’ On Trump, Nadler Says 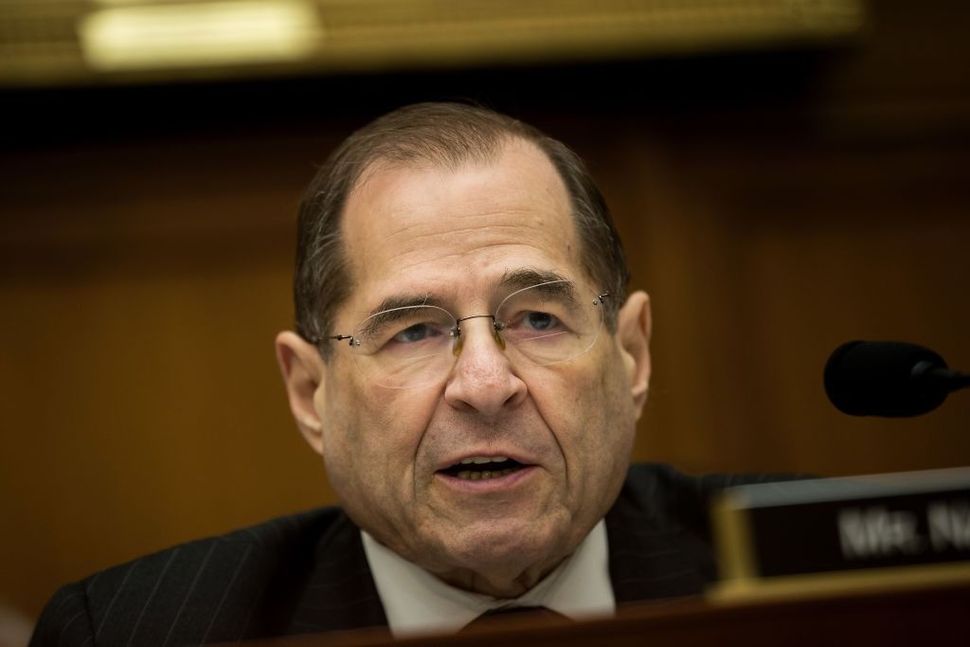 The Manhattan Democrat slammed Trump’s push to force the Department of Justice to investigate the FBI probe of Russian links to his campaign.

“What the president is doing here is acting as someone who…who knows he’s guilty and is very upset that the walls are closing in, and that the investigators are closing in on him,” Nadler told WNYC’s Brian Lehrer.

I hereby demand, and will do so officially tomorrow, that the Department of Justice look into whether or not the FBI/DOJ infiltrated or surveilled the Trump Campaign for Political Purposes – and if any such demands or requests were made by people within the Obama Administration!

Nadler, who represents parts of Brooklyn and Manhattan, is the ranking Democrat on the House Judiciary Committee. He was responding to a tweet the president posted on Sunday saying that he would order the DOJ to investigate whether the FBI “infiltrated or surveilled the Trump Campaign for Political Purposes.”

“I think it’s another act in an ongoing obstruction of justice,” Nadler told Lehrer. “It’s not only an intimidation, but this is going off on a complete tangent.”

Nadler said that he thought the president feeling the pressure from investigators. “He’s obviously not confident that Mueller will exonerate him,” Nadler said.

‘The Walls Are Closing In’ On Trump, Nadler Says