Did Mnuchin Ease Trump Off Trade War With China? 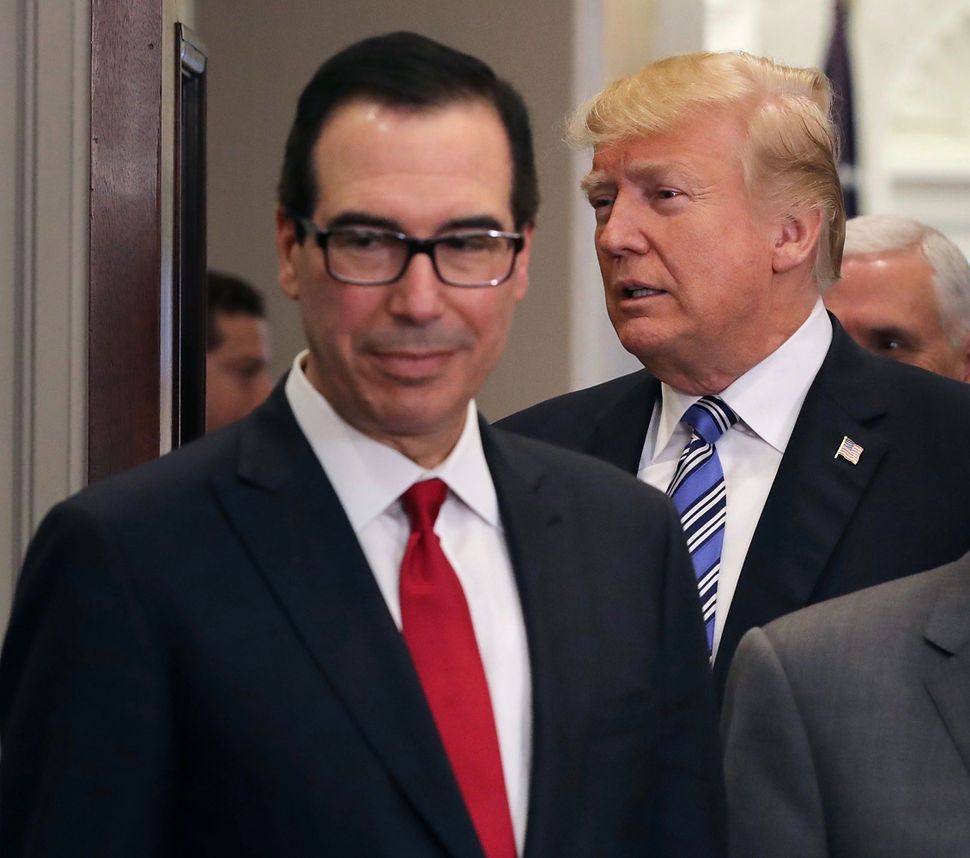 Treasury Secretary Steven Mnuchin announced on Sunday that the U.S. and China can step back from imposing punishing tariffs on each other’s exports, The Guardian reported.

President Trump delegated Mnuchin to be the point man on the China negotiations. “We’re putting the trade war on hold, right now, we have agreed to put the tariffs on hold while we try to execute the framework,” Mnuchin, who has been known to be a moderate and a proponent of free trade, told Fox News.

The development reportedly came after two days of talks between Mnuchin and China’s vice-premier, Liu He. Axios reported that the president is currently too focused on Iran and North Korea to wage a sustained battle with China.

Did Mnuchin Ease Trump Off Trade War With China?