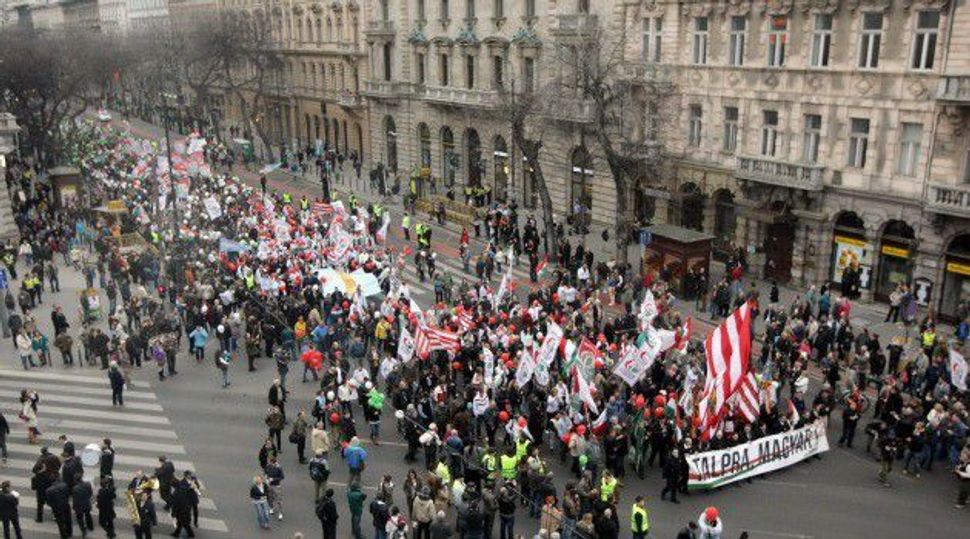 Hardliners in Hungary’s main right-wing main opposition party demanded on Tuesday that it return to its far-right roots, once notorious for racism and hostility to the European Union, or face an internal split.

Orban’s triumph forced his opponents to rethink strategy and opened up divisions in several opposition parties.

Laszlo Toroczkai, Jobbik’s vice chairman and a former far-right youth leader, told reporters he had formed a new hardline platform and gave party leaders until June 23 to integrate it in party policy or risk a break-up of Jobbik.

He said the platform entailed a return to goals pursued by the original Jobbik, including an end to immigration, stemming emigration of Hungarian youth to the wealthier west of the EU, a tough line on Hungary’s Roma minority and support for ethnic Hungarian minorities in neighboring states.

“If they don’t deal with us, or reject the platform, that could even lead to a split, greatly damaging Jobbik,” he said.