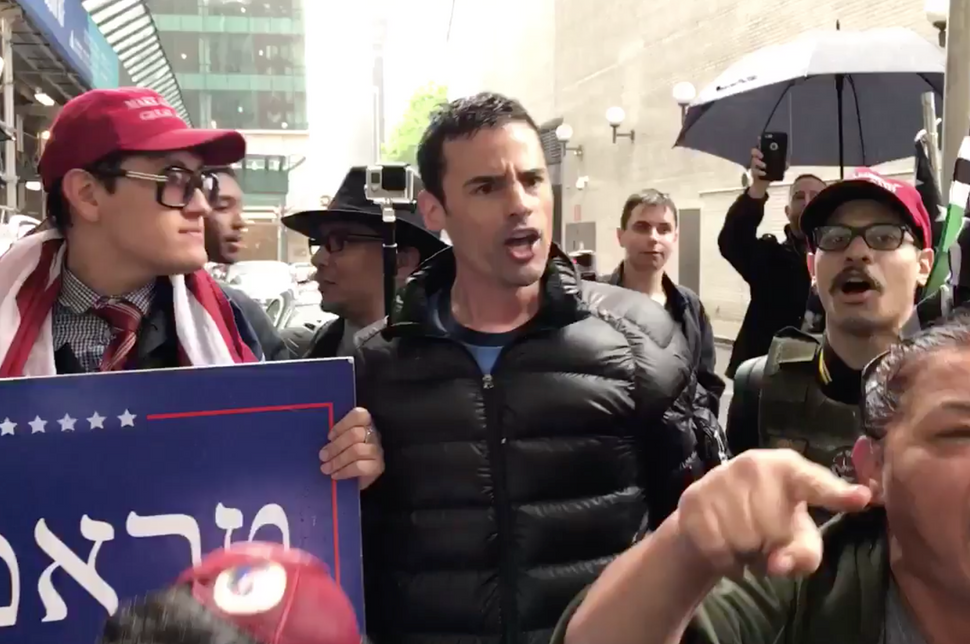 New York City lawyer Aaron Schlossberg issued an apology on Tuesday for berating Spanish-speaking workers at a Manhattan deli and threatening to call immigration agents on them, a video of which went viral on social media last week.

“To the people I insulted, I apologize,” Schlossberg tweeted on Tuesday. “Seeing myself online opened my eyes — the manner in which I expressed myself is unacceptable and is not the person I am.”

Schlossberg insisted that his rant did not reflect his true feelings.

“What the video did not convey is the real me,” he continued in the online apology. “I am not racist. One of the reasons I moved to New York is precisely because of the remarkable diversity offered in this wonderful city.”

The apology came nearly a week after the Jewish lawyer went viral with a rant at Spanish-speaking workers at a midtown deli.

“If they have the balls to come here and live off my money — I pay for their welfare, I pay for their ability to live here. The least they can do is speak English,” Schlossberg was recorded shouting. “My next call is to [Immigration and Customs Enforcement] to have each one of them kicked out of my country.”

The lawyer was booted from his Madison Avenue work space the following day. “His actions are just not consistent with our community and rules and regulations … It’s totally contrary to everything we believe in as a company and personally,” Hayim Grant, the president of Corporate Suites, which operates the business center that his private law firm was in, told the New York Post.

Fellow lawyers circulated a petition which reached 25,000 signatures. “Mr. Schlossberg has demonstrated his inability to grasp the severity of his unethical behavior,” it reads.