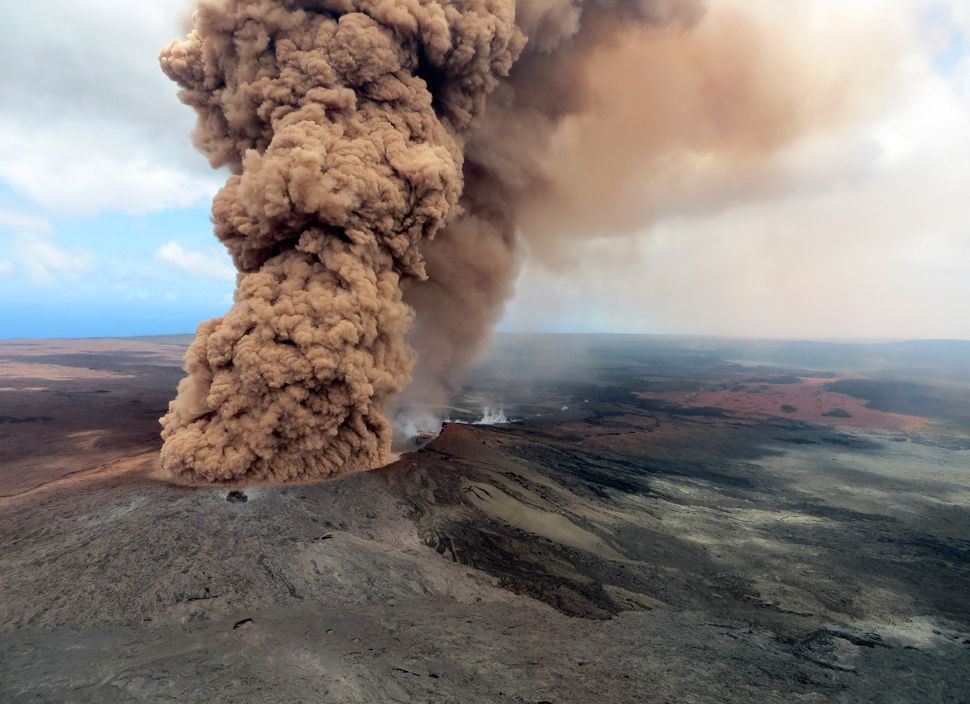 (JTA) — Lava from the Kilauea volcano in Hawaii is threatening a geothermal power plant owned by an Israeli company.

Eruptions from the volcano began on May 3.

On Wednesday, molten lava from the volcano had reached within 200 meters of one of Puna’s 11 geothermal energy well pads, and burned down a disused building, Haaretz reported.

Ormat Technologies, which owns a 63 percent stake in the plant, announced it had taken several precautionary measures to protect the plant, including shutting down the geothermal wells, and that it so far has escaped serious physical damage.

The company was founded in Israel in 1965 and is headquartered in Reno, Nevada. Ormat operates other geothermal power plants in the U.S., Kenya, Guadalupe, Guatemala and Honduras. It is listed on both the New York Stock Exchange and the Tel Aviv Stock Exchange.

Puna carries a $100 million insurance policy against volcano and earthquake damage, according to Haaretz.