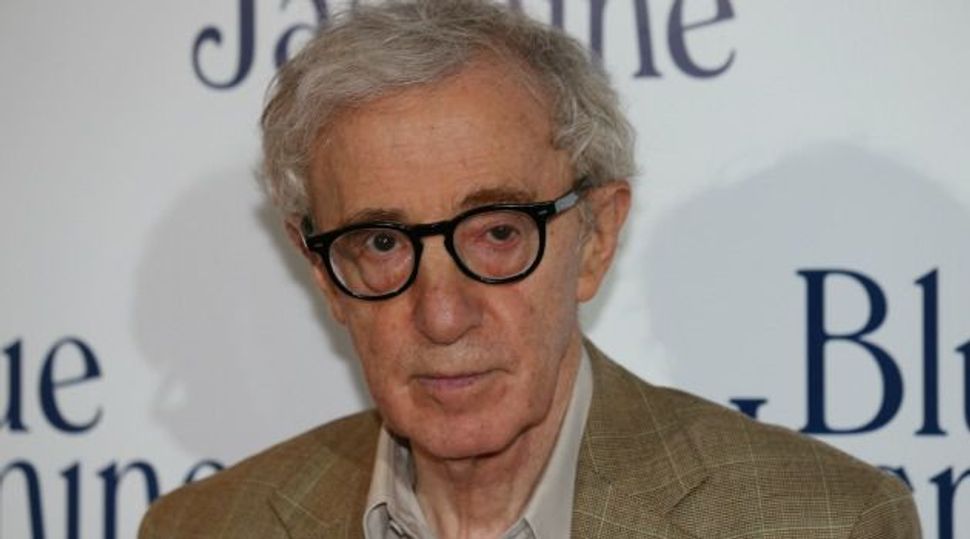 (JTA) — Woody Allen’s son Moses Farrow defended him against sexual assault allegations made by his sister.

“I’m a very private person and not at all interested in public attention. But, given the incredibly inaccurate and misleading attacks on my father, Woody Allen, I feel that I can no longer stay silent as he continues to be condemned for a crime he did not commit,” Farrow wrote in a nearly 5,000-word post on his personal blog on Wednesday.

Farrow said he was age 14 and was present, as were three other adults, when the alleged molestation is said to have taken place, and that no such assault occurred.

Allen’s adopted daughter Dylan Farrow recently revived her accusation that the acclaimed director had molested her in her mother Mia Farrow’s home when she was 7 years old in 1992.

Moses Farrow wrote in his blogpost that Allen was in the house while Mia Farrow was out shopping, despite the fact that the couple was in a custody battle for the children they had adopted together and that Mia Farrow had told all of the children to be careful when Allen was around because he was a “monster.”

“As the ‘man of the house’ that day, I had promised to keep an eye out for any trouble, and I was doing just that. I remember where Woody sat in the TV room, and I can picture where Dylan and Satchel were. Not that everybody stayed glued to the same spot, but I deliberately made sure to note everyone’s coming and going,” Moses Farrow wrote. “Along with five kids, there were three adults in the house, all of whom had been told for months what a monster Woody was. None of us would have allowed Dylan to step away with Woody, even if he tried,” he added.

Dylan Farrow took to Twitter to respond to the blogpost.

All I have to say with regard to the latest regarding my brother. pic.twitter.com/8WVAXOMKZV

Allen has denied that he ever molested his adopted daughter, and an investigation determined that Farrow was coached to make the accusation, which she denies.