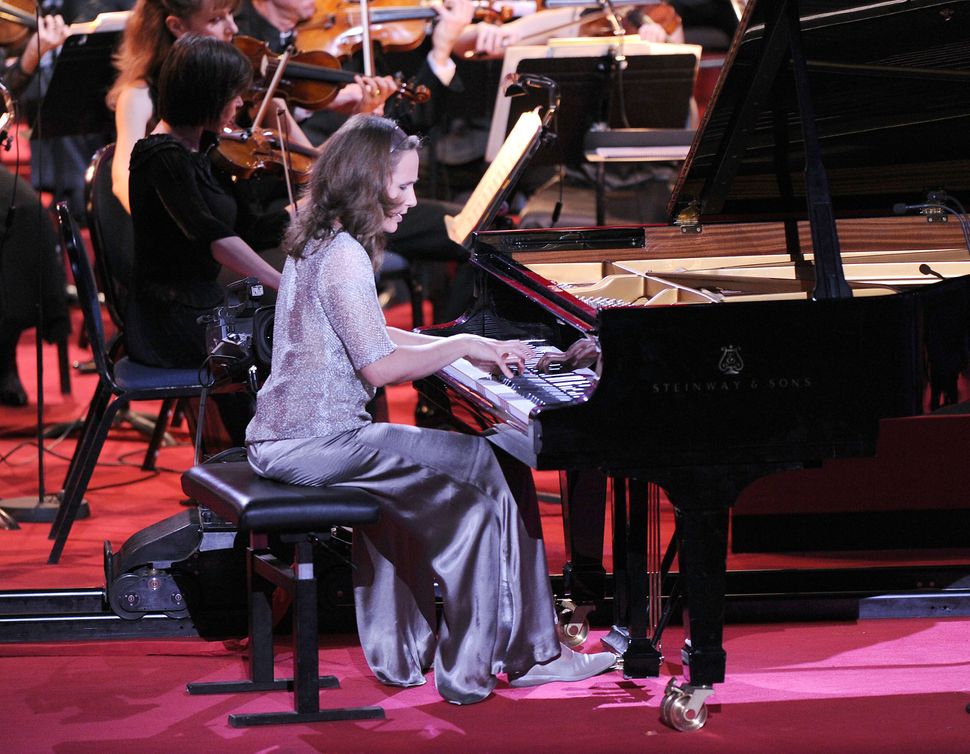 (JTA) — Amid reports of widespread fear among Belgian Jews of being attacked by anti-Semites, two pro-Palestinian protesters disrupted a concert there by an American orchestra bound for a performance in Israel and a Jewish pianist.

The concert Thursday by Hélène Grimaud, a well-known French pianist of Jewish ancestry, had to be paused as security escorted out the hall two women who were chanting about “creating Palestine,” La Libre Belgique reported.

Grimaud was accompanied at the Palais des Beaux-Arts de Bruxelles by the Philadelphia Orchestra, who are on a tour that includes several European countries and Israel.

The protesters did not say whether they were there over the orchestra’s plans to visit Israel or because of Grimaud — who headlined promotional material about the concert in Belgium.

Separately, the RTBF broadcaster in Belgium reported Thursday that Brussels Chief Rabbi Albert Guigui and other Jews had declined over security concerns the channel’s request to film them walking on the street while wearing a kippah.

The RTBF broadcaster wanted to film Guigui, among other rabbis, wearing a kippah for a program about anti-Semitism. But Guigui declined, telling the channel he has stopped visibly wearing a kippah in 2001 following an anti-Semitic assault on his person.

Joel Rubinfeld, the president of the Belgian League Against Anti-Semitism, or LBCA, agreed but only if RTBF provide a security detail, Bruzz reported.

In April, a non-Jewish man wearing a kippah, or yarmulke, was assaulted by an attacker shouting “Jew!” in Arabic. The victim was an Israeli Arab who said he donned the kippah to test whether it had actually become dangerous to wear a yarmulke in Germany.