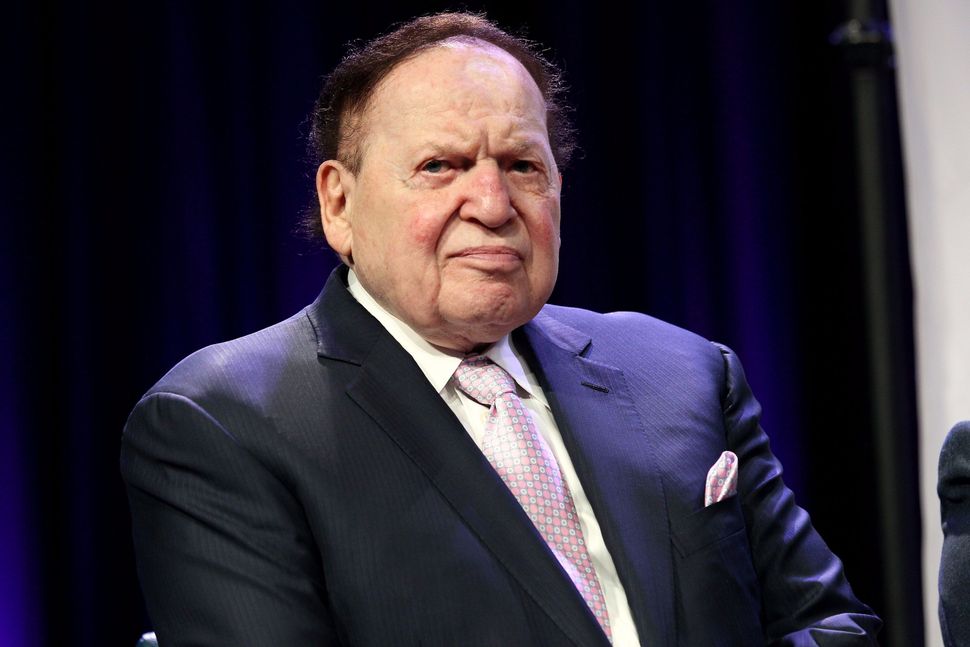 JERUSALEM (JTA) — Billionaire casino magnate Sheldon Adelson flew Guatemala’s delegation to the opening of its new embassy in Jerusalem in his private plane.

Guatemala opened its new embassy on May 16 in the Technological Park of southern Jerusalem’s Malha neighborhood. It became the second country to move its main diplomatic mission from Tel Aviv, two days after the United States opened its Jerusalem embassy.

He said Adelson provided his Boeing 767 to transport Guatemalan government officials, guests and religious leaders to the Jerusalem ceremony.  He added that Adelson does not have any business interests in the country.

Adelson, a major giver to Jewish and pro-Israel causes, is also a leading backer of Republicans int he United States. He was among the biggest givers to President Trump’s campaign and his inauguration.

Trump has made good on two of Adelson’s main requests: moving the U.S. Embassy in Israel to Jerusalem and pulling out of the 2015 Iran nuclear deal.

Guatemala previously had an embassy in Jerusalem, the first country in the world to open an embassy in the city in 1956. It closed in 1980 following a United Nations Security Council resolution that called for such closures.