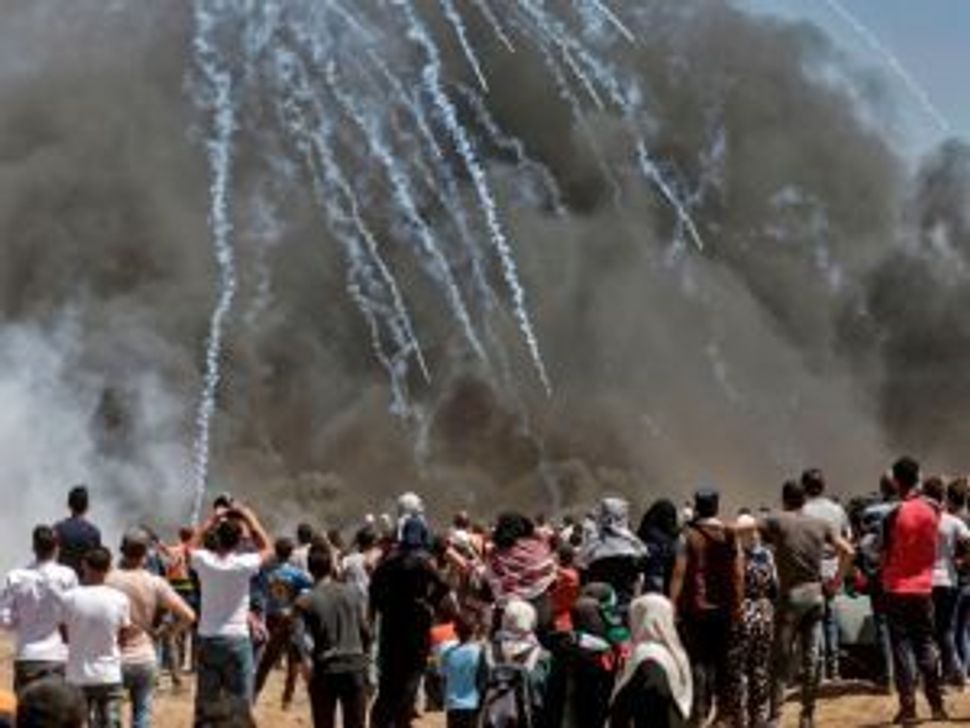 JERUSALEM (JTA) — An 8-month-old infant who died during clashes between Palestinian protesters and Israeli troops has been removed from the list of those killed during the violence.

The baby’s name, Layla al-Ghandour, was removed from the list last week, The Times of Israel reported, citing the British newspaper The Guardian. The decision about whether to include her later depends on the results of a pathology report.

The baby reportedly may not have been killed from tear gas shot by Israeli soldiers on the Palestinian protesters, part of a series of protests dubbed the “Great March of Return,” but rather died from a preexisting condition.

The New York Times reported on Thursday that “The Ghandour family acknowledged that Layla suffered from patent ductus arteriosus, a congenital heart disease commonly described as a hole in the heart.”

The Guardian also reported that the baby had “heart defects since birth.”  The Israel Defense Forces also claims to have “evidence that undermines the credibility of the Palestinian Ministry of Health’s announcement regarding the death of the baby.”

The baby was brought to the border by bus during the protests by her 11-year-old uncle.

The death of the baby inflamed Palestinian passions and led to a deluge of condemnation against Israel for its heavy-handed response to the border protests. At least 120 Palestinian protesters, including dozens of members of local terror groups, have been killed during the so-far eight weeks of protests, according to Gaza officials.