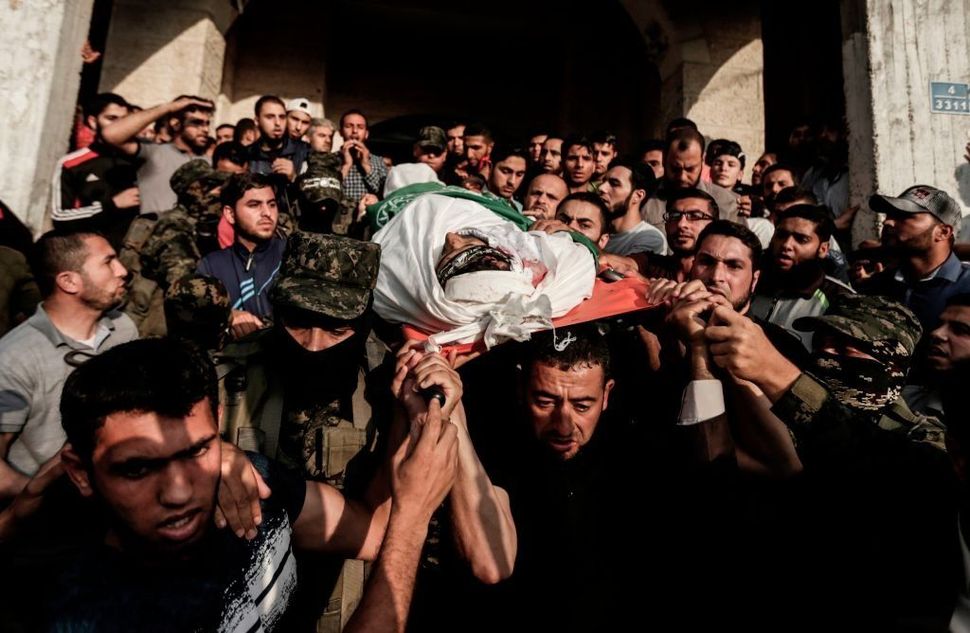 Israeli tank fire killed a Hamas fighter at a frontier outpost on Monday while soldiers chased down and caught two other Gazan militants who tried to cross into Israel, the military said.

During their pursuit of the two Palestinians attempting to infiltrate armed with “knives, wire cutters and combustible material,” the Israeli soldiers were shot at from inside the Gaza Strip, the military said in a statement.

Hamas, the Islamist group that controls Gaza, said one of its members was killed when the outpost was hit.

The two Palestinians who tried to breach the border were being held by Israel, the military said. None of the soldiers was injured.

Later in the evening, sirens warning of rocket fire went off in southern Israel, sending residents running for shelter, though the military then said it was machine gun fire from Gaza that set off the alarms.